Moses Kuria on Wednesday, June 24 revealed that the document is set to released sometime next week and highlighted some of the major changes.

It’s however not clear how and where Kuria got the information that may elicit serious debate in the country.

According to the vocal MP, the document will retain the 290 constituencies in the country however nominated MPs are set to increase from 12 to 162 to take care of highly populated constituencies. 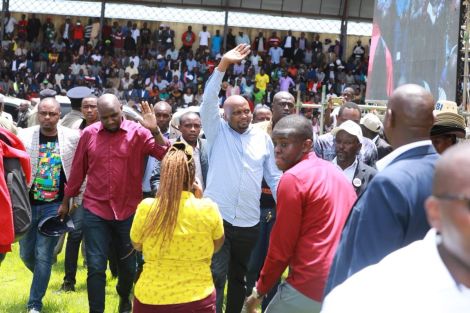 He notes that the President will be elected directly by the people to be Head of State and take charge of Internal Security, Defence and Foreign Affairs. He will have a Deputy President with roles defined in the constitution.

Moses Kuria stated that 50% of Ministers will come from parliament with the rest set to be appointed outside parliament.

One of the main aims of BBI was to change the winner takes it all system and according to Moses Kuria, the First Runner Up in a Presidential Election will occupy the best office of the Official Leader of the Opposition.

The First Runners Up’s running mate will be the Deputy Leader of the Opposition. They will have a state-funded shadow cabinet.

The Cheif Justice position that currently has an ongoing duel with the Executive is set to undergo changes as it will not be part of the Judicial Service Commission.

For the umpteenth time, Chief Justice David Maraga has been descending on President Uhuru Kenyatta, accusing him of a litany of things among them failure to appoint 41 judges and continued defiance of court orders.

Health and Agricultural Ministry functions will be reverted back to the National Government after being devolved to the counties.

Moses Kuria stated that the Independent Electoral and Boundaries Commission (IEBC) Commissioners will be appointed by political parties.

With the formation of the Nairobi Metropolitan Services (NMS) that has taken over key functions of the country, the MP notes that Nairobi County will be abolished.

Another change set contained in the document is that monies to counties will be conditional grants from the National Government to ensure devolved funds are spent for the intended purposes.

If one has been charged they will be unable to vie for a public office. 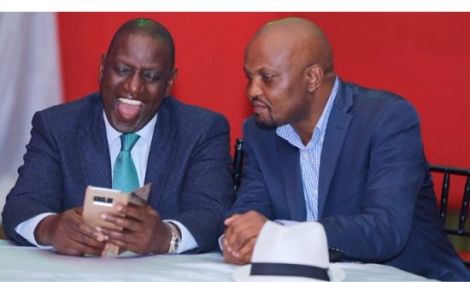 CAS Mercy Mwangangi: I Turned Down 3 Jobs for Uhuru