Skip to content
FACTS Exclusives FEATURED
July 15, 2020 tmz editor
Strong winds blowing down a tree in the US in 2017.
The Kenya Meteorological Department on Wednesday, July 15, issued a warning of strong winds expected to hit 15 counties.

In a statement, the weatherman stated that the strong southerly winds traveling at more than 30 knots (15.4 metres per second) were expected over the coast and eastern regions of Kenya on Thursday, July 16.

Residents in the mentioned counties were urged to remain on high alert warning that the gale (strong) winds could blow off roofs, uproot trees and cause structural damages. 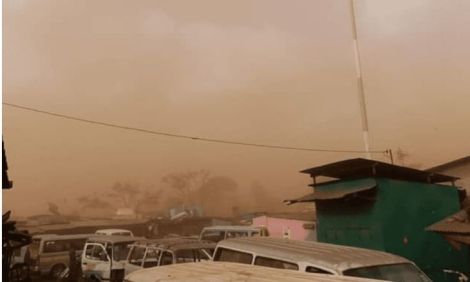 In the coastal areas, the meteorological department warned that the high waves could lower visibility, cause capsizing of boats, and threaten the safety of those engaging in water sports and recreational activities.

The wave height is likely to be more than 3 metres over the Kenya coastal waters on Friday, July 17 and is expected to reduce to 2.5 metres on Sunday, July 19.

“People are urged to continue listening to local media as updates will be provided if conditions change significantly. Further advisories may be issued as we follow the progress of these weather events,” the MET department noted.

Earlier in the week, South Africa reported the gale winds being experienced in various parts of the country including Cape Town.

The winds and large waves caused sea foam to spread across the city streets accompanied with chilly weather.

Gale to strong gale force winds may result in damage to coastal infrastructure, beach erosion and difficulty for boaters and fishermen. Disruption of harbours and ports as well as beachfront can be expected. Medium to large vessels will be at risk as a result of dragging of anchors.

Gale to strong gale force winds over the interior could lead to damage of formal and informal settlements. Falling over of trees is likely to affect properties and road travel.

Here is a video of the  situation in CapeTown as Strong winds hit the South African Coast:

Kamati ya roho chafu! Kenyans love hating on anything, the case of Elsa Majimbo