“The suspects are in lawful custody as further investigations continue,” reads a section of the statement sent out by the Directorate of Criminal Investigations (DCI) following the raid.

According to the DCI, the motive of the two individuals is yet to be established.

This is according to a new report released by the Centre for Human Rights and Policy Studies (Chrips).

On January 18, Officers from the ATPU arrested five suspects as they were reportedly carrying out surveillance at Whiskey River Pub along Kiambu Road.

Among the items recovered was a car, one pair of Kenyan Airforce trousers, a jungle T-shirt, a jungle hat and a jungle pair of trousers.

Following the threat of terror attacks in Kenya, the US, in March 2020, announced the  first ever overseas joint terrorism task force, based in Kenya.

The Ksh205 million initiative envisaged a multi-agency partnership between Kenya and the US to form the Kenyan Joint Terrorism Task Force (JTTF-K).

George Kinoti, Director of Criminal Investigations, speaking during the JTTF-K launch said that it would give Kenya the ‘upper hand’ at a time when al-Shabaab was entrenching itself and growing more adept at ‘adapting to new technologies’.

As part of the joint task force, more than three dozen Kenyan investigators would receive training at the FBI’s specialist academy in Virginia. 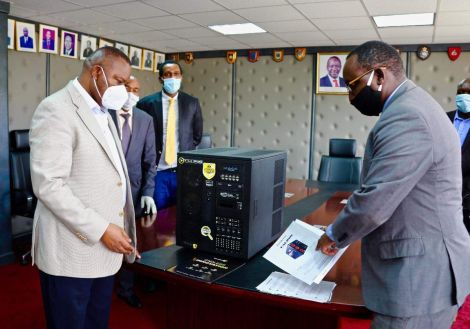