“Today we want to publicly declare our support for the Head of State and his government, we were elected to support his agenda in Parliament.

“We don’t want to be referred to as Tanga Tanga members again,” Kabinga stated on behalf of his colleagues. 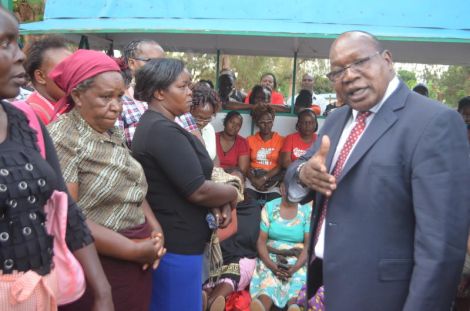 He went on to announce that they would attend the Jubilee Party parliamentary group meeting that was convened by the President scheduled to take place on Tuesday, May 12.

The Mwea legislator went on to explain that the 3 had come to the resolution so as to attract development projects to their respective constituencies.

Kirinyaga Senator Charles Kibiru was in attendance as well as Interior Principal Secretary Karanja Kibicho, who was touring various development projects within the county.

“I have been at the front line supporting the President and his government since I was elected in the Senate and will continue championing his agenda in and out of Senate,” Senator Kibiru stated during his address.

Several other county MCAs were also in attendance including Majority Leader Kamau Murango, however, the county governor, Anne Waiguru was missing, with her public spat with PS Kibicho mooted as a possible reason for her absence.

The 3 members led by Kabinga went on to urge President Uhuru to consider Kibiru as a possible candidate for the now-vacant Senate Deputy Speaker position.

They also made it clear that they were in full support of the recent purge that saw former Senate Majority Leader Kipchumba Murkomen, Deputy Speaker Kithure Kindiki and Majority Whip Susan Kihika kicked out from their seats. 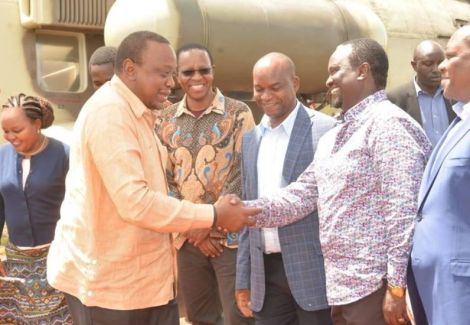 ‘Where will I stay?’ DJ Pierra stuck in Los Angeles over flight cancellation