Speaking to TMZ.co.ke, Media Council of Kenya CEO David Omwoyo shared the startling figures and explained the reason behind the worrying trend as well as what should be done to end it.

“The key perpetrators according to our data is the police, political fanatics and unknown assailants in that order.

“This worrying increase symbolises a rise of impunity within the country as a quick look across other countries will show you that countries with good and just governance are the safest for journalists,” he spoke. 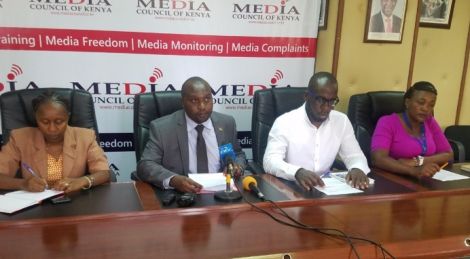 Media Council of Kenya CEO David Omwoyo (Second from the Left) with members of the council during a press briefing in Nairobi.

The 2020 World Press Freedom Index compiled by Reporters Without Borders (RSF) showed a sharp decline in countries that can be considered safe for journalists to work in, and attributed it to the rise in authoritarian regimes.

In Africa for example, a change of government in Ethiopia saw it jump a spectacular 40 places back in 2019 and a further 11 places in this year’s index.

On its part, Kenya dropped down 3 places this year and is currently ranked a lowly 103, in the list of 180 countries across the world.

Quizzed on what could be done to buck the worrying trend of journalists being attacked and some killed, Omwoyo issued a rallying cry to all scribes.

“The only way to save ourselves is to highlight and isolate individual perpetrators of these heinous crimes, and ensure that justice is served.

“Thinking that the rights of journalists to be protected can exist amidst rampant cases of human rights violations is a fallacy. We need to point out these perpetrators and do it repeatedly in order to effect change,” he stated.

Norway and Finland maintained their status as the safest countries in the world for journalists in this year’s index, with their stable, democratic and vibrant political and social structure playing a huge role.

Omwoyo’s latest statement comes just two days since Pamoja FM Managing Director, Adam Hussein, announced that Mohamed Hassan Marijan, a presenter at the station, was killed at around 4 a.m. on the morning of Monday, May 4.

The motive of his killing is still unknown. 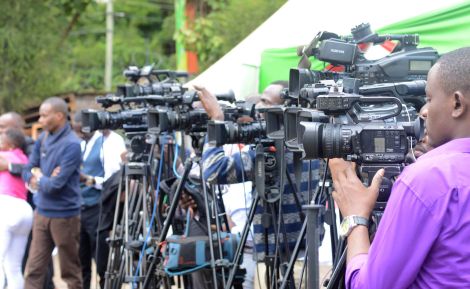 A team of Journalists at Mitihani House during the release of KCPE Results on Monday, November 18, 2019.

List of celebrities that the OG, Khaligraph Jones defends bitterly after KOT rubbished their life