Parents of Russell Magina, a 5-year-old boy, are in agony after the body of their missing child was found inside a school’s septic tank.

Magina reported to his school, Jospa Happy Tots Academy in Mlolongo, on Thursday, January 7, after the school resumed learning.

Police have since launched investigations into the death of the Pre-Primary (PP) 1 pupil with the parents asking the officers to probe the school’s administration. 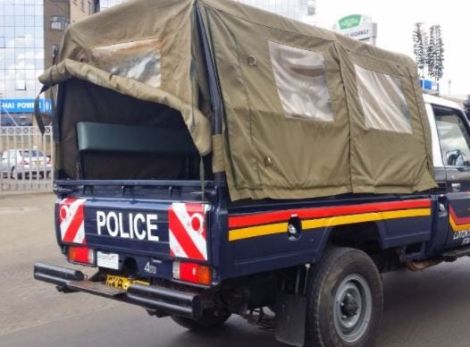 Magina’s mother, Faith Kanini, revealed that she realised her son was missing on Thursday, January 7.

“When we went to pick him from school we were told he had left. I started searching for him around Mlolongo before darkness could set in because it was around 6 p.m.

“The school headteacher suspected that my child may have fallen into the washroom, but I told her I could establish that, and she assured me that he would be found,” she explained.

The parent’s anxiety was heightened after Magina failed to return home that day and were forced to abandon their search at 10 p.m due to the curfew.

Kanini returned back to school the next day, on Friday, having filed a missing person’s report at the Mlolongo Police Station in an attempt to find her son who had been missing for over 12 hours.

The boy was later found in a septic tank, with a video clip showing that attempts may have been made to retrieve the body from the tank on Thursday evening.

Magina’s father, Anthony Muli noted that the school suspect the boy may have fallen into the septic tank when repairs were being conducted.

“The school’s toilet had been blocked, the person unblocking it left the septic tank open, with the school suspecting that Magina fell into the tank after it was left open,” he said.

The body was retrieved from the septic tank on Friday evening by a team from the Machakos County Fire Brigade and is being preserved at the Shalom Hospital awaiting a postmortem.