The six MPs received letters from departmental heads of National Assembly Committees with the intention to be discharged.

In the letters signed by Deputy Majority Whip Maoka Maore and dated June 24, the six were asked to respond within seven days before being removed from the committees.

Some of the legislators who received the letters are departmental committee chairmen including; Julius Melly (Education), Ali Wario (Labour and Social Welfare), William Kipsang (Communication, Information and Innovation), Joseph Limo of Finance and National Planning and Parliamentary Broadcasting and Library’s Joash Nyamoko. 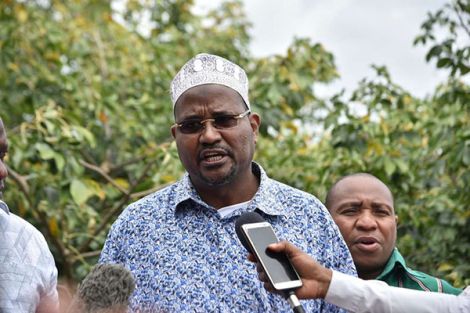 A member of the Communication, Information and Innovation Committee, also received the letter.

On Thursday evening, June 26, the assembly made changes in the committee on selection.

In May 2020, Jubilee Secretary General Raphael Tuju announced that the party would not show any mercy to disloyal members.

Tuju argued that some of the MPs hanged on the goodwill of the party to get elected.

“We will deal with those errant members. When it comes to Members of Parliament, we expect 100% fidelity to the contract they signed with the party.

“And we do have those contracts available for any inspection. When they were going for elections they said they were going to support the party. They hanged on the goodwill of the party to get their positions. For them to now change tact midstream is nothing but betrayal of the party,” Tuju stated