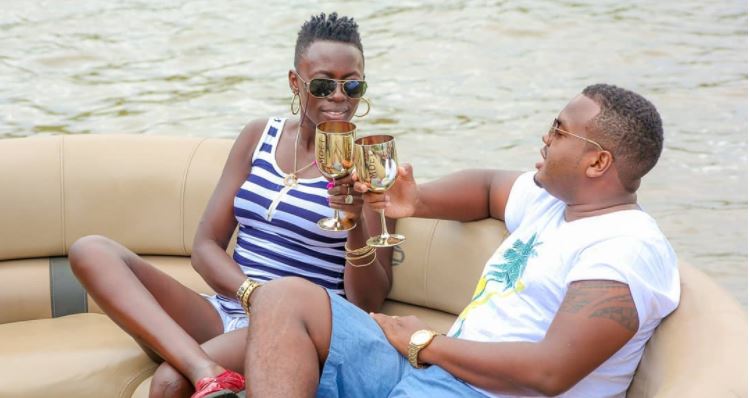 Our very own version of Madonna is without doubt Esther Akoth, popularly known as Akothee. Her antics on and off stage are brazen. She stretches the limits, the backlash notwithstanding. The mother of five makes for a somewhat debatable singing prowess with a strong electrifying performance. And she is unapologetic while at it. Her most recent performance in London and the antics she pulled during her performance has dominated banter on social media platforms. Her revealing outfit coupled with her suggestive dance moves-that seem to mimic coitus-have put her in a road less travelled by Kenyan female artists.

Her career
She took a pretty short time to become a household name in Kenya. This can be attributed to her financial muscle that can afford her to engage the best producers and videographers in the country. According to her bio, she is a highly successful business woman with interest in the hotel industry. Akothee was first a business woman before kick starting her music career.

How much Akothee earns from her music
Like many artists in Kenya, Akothee makes very little and cannot sustain her expensive lifestyle from her music proceeds. In 2016, she only received kes56,000 as loyalties from the troubled Music Corporate Society Of Kenya (MCSK). She complained bitterly saying the paycheque was not enough to pay her photographer monthly salary. The artist has invested heavily in her music career by collaborating with big names in the industry. Her collabo with Nigerian Flavor garnered over 4 million views. She reportedly paid Diamond kes1.5 million for a collabo that has so far generated over 5 million views. Her videos on YouTube attest to her popularity if the views are anything to go by.

So how much does she charge per show? Well paying shows are hard to come by in Kenya, however talented you are. This is as a result of the cartels that control who performs in which event. Her credential as a big artist in Kenya and beyond was rubber stamped when she performed at the annual One Africa Music Festival London Edition. She performed alongside Diamond Platnumz, Star Boy aka Wizkid, Zoro, Sarkodie among other African greats. She was the only Kenyan.

Her pay for this show is estimated at kes1million.

Akothee Safaris
Akothee lived in Switzerland with her Swiss lover who met her while she was a taxi driver in Mombasa. The couple split after Akothee realized the man was not interested in marriage but only having kids with her. She moved back to Kenya with a fat cheque.

Net Worth of Akothee ‘The Boss Lady”
Akothee is arguably the richest artist in Kenya if claims her manager, Nelson Oyugi, made are true. According to Oyugi, the energetic singer net worth is $6.1 billion (kes6.2 billion). The manager was responding to reports on a section of the media that placed the singing sensation net worth at between kes300 million to kes400 million.
He told eDaily: “No, they (net worth estimate reports) are not true. Though, there is a time she received gifts worth that amount; and I think that is where the outlets got that approximation from..”

Her house alone in Switzerland is said to be around $50 million (kes5 billion). Her cumulative wealth in Kenya as of December 2016 was put at $10 million (kes1billion).

Other interesting facts about Akothee
Born: April 8, 1983
Married when she was only 14
Raised in Kisumu before moving to Mombasa
She has five children
Marital status: Divorces
Occupation: Singer, business lady

Is Vera Sidika Regretting Bleaching Herself? Find Out Here