According to a Lancaster LNP Tribune, Dow, 61, will likely spend nearly 16 years in federal prison for the crime after the case was heard via teleconference with U.S District Judge Edward Smith.

During the trial, prosecutors disclosed that when the abuse started, two girls were 11, one was 12 and one was 13.

“Dow purported to be a Christian missionary who would care for these orphans. They called him ‘Dad.’ But instead of being a father figure for them, he preyed on their youth and vulnerability.

“Dow used force and coercion to perpetrate the most heinous of crimes, preying on vulnerable children for his own sexual gratification,” the prosecutors stated in their court documents. 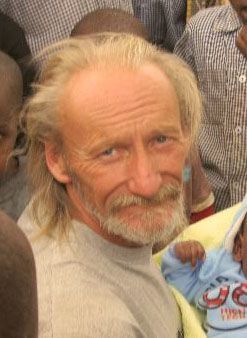 American Gregory Jones Dow. His sentencing is scheduled for September 29, 2020.

On her part, Mary Rose (Dow’s wife) is alleged to have implanted the girls in the home with birth control devices so her husband could carry on with the defilement without fear of pregnancy.

In 2017, Dow fled Kenya after an arrest warrant was issued against him. His wife tried to flee Kenya later in the year, but was arrested by the police and charged with cruelty to children.

According to police records, she was released on bond in September 2017. She later fled the country.

During the case, it was revealed that Dow had in 1996, pleaded guilty for assault to commit sexual abuse in Iowa.

“He received two years’ probation and was ordered to register as a sex offender for a decade,” the U.S. attorney’s office stated.

The couple however opened an orphanage in Bomet which received financial support from Lancaster County churches and nonprofit organisations. The government closed it in September 2017 following reports of defilement in the centre.

Dow was arrested in 2019 by US officials after successfully fleeing Kenya.  He is scheduled to be sentenced on September 29, 2020.

From a truck driver to being Kenya’s most prominent media personality: The rise of Maina Kageni