American Star Taraji P Henson Gushes Over Nandi Madida’s New Hairdo. When it comes to beautiful creative short hairstyles, no one does it better than Nandi Madida. Over the years, the award winning singer, media personality, actress, and businesswoman has been nailing short hairstyles.

When many don’t know what to do with short hair, Nandi, has been showing us versatility. She recently showed off her funky new hairdo, and we absolutely love it. Her new hairstyle, even caught the attention of Taraji P Henson.The American actress commented on Nandi’s posts, with emojis, that showed she really digs the hairstyle. 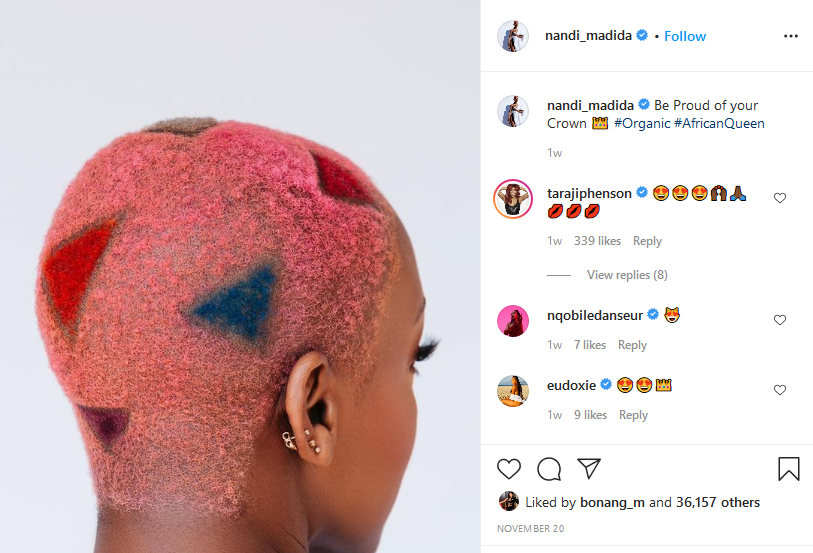 This is not the first time, Taraji complemented Nandi. A few months ago, the Empire actress, was proud of Nandi’s appearance on Beyonce’s Black Is King. She took to Instagram, and acknowledged that she saw Nandi on the film. How sweet!