Protests broke out in Kisii town on Thursday, September 10, ahead of a planned visit by Deputy President William Ruto.

A group of youth against the DP barricaded roads in the town, where Ruto was scheduled to meet a section of Boda Boda riders.

Police engaged them in running battles as the group clashed with those allied to the deputy president.

Here are photos from the protests: 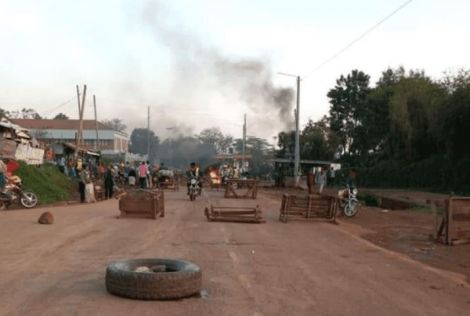 Youth barricaded roads in Kisii town ahead of a planned visit by DP William Ruto on September 10, 2020.
TWITTER 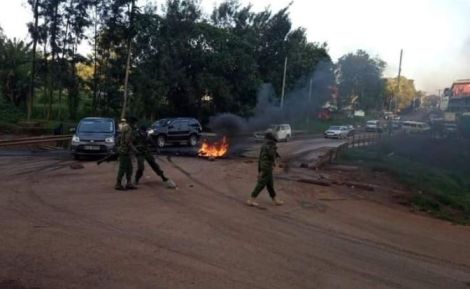 Youth barricade a road in Kisii ahead of planned DP Ruto meeting in the town on September 10, 2020.
TWITTER 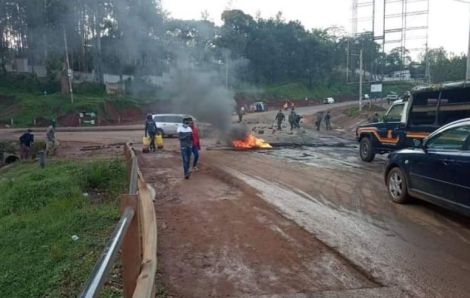 Youth barricaded roads in Kisii town ahead of a planned visit by DP William Ruto on September 10, 2020.
TWITTER

A section of Kisii town bodaboda operators claimed that they were not involved in preparations for the DP Ruto visit.

However, Calvin Onchienku, one of the leaders of the boda boda associations in the town, explained that they had called for the deputy president’s intervention in their welfare.

“There are cartels who have taken over the town claiming to be leaders of boda bodas but they are not. Ruto is a leader in Kenya and he has every right to listen and engage with us,” he stated.