Skip to content
News Politics
July 22, 2020 admin
Police officers at a scene in a previous incident
UPDATE: Kasipul MP Charles Ongodo was on Wednesday, July 22 fined Ksh15,000 after pleading guilty to flouting Covid-19 guidelines.
Kasipul Member of Parliament Charles Were was on Tuesday, July 21, arrested after police raided a home where he was holding a public meeting in his constituency.

His arrest was confirmed by Homa Bay County Police Commander Esther Seroney who stated that police acted on a tip-off from concerned members of the public. 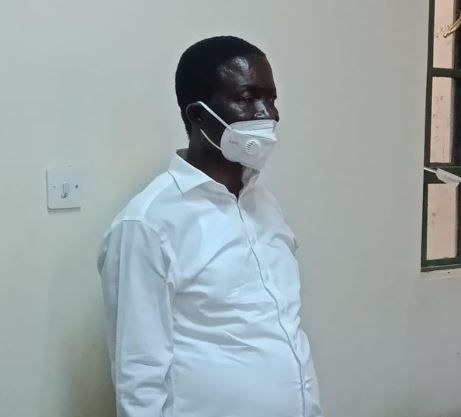 Kasipul MP Charles Ongodo in court on July 22 2020 where he was fined Ksh15,000 after pleading guilty to flouting Covid-19 guidelines.

Seroney stated that the gathering was attended by a large crowd thereby flouting the Covid-19 rules set by the government.

“The matter is being handled by officers from the DCI (Directorate of Criminal Investigations). He is accused of chairing a meeting that was attended by a lot of people at this time when public gatherings are discouraged,” the police boss confirmed. 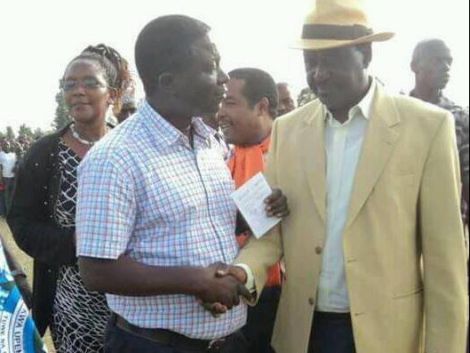 After receiving information from the locals, security officers based at Oyugis police station pounced on the public meeting at a home in Nyangiela village arresting the MP.

She further stated that the legislator would be arraigned in court after investigations are concluded.

The legislator becomes the latest leader to be apprehended for violating COVID-19 guidelines after Nairobi Senator Johnson Sakaja was detained on Friday night for being outside past curfew hours.

Sakaja was sentenced to three months imprisonment or a fine of Ksh15,000, which he paid to avoid going to jail.

Earlier on, Nairobi Central MP Benjamin Gathitu was among 18 people arrested in April for disregarding the social distancing directive.

The MP was arrested at Ruai Gardens – an entertainment joint along the Eastern Bypass.

Kapseret MP Oscar Sudi also set tongues wagging on Saturday, July 18, when he flouted almost all the rules from the Ministry of Health while addressing and interacting with mourners at a burial service in Kabenes, Uasin Gishu on Friday, July 17.

The Jubilee MP was seen shaking hands with mourners and not maintaining social distance. He was also not wearing a mask despite the Ministry of Health issuing mandatory guidelines on protecting oneself once in public.

At the same time, alcohol consumption may soon be confined to homes after the Government announced that it is considering prohibiting intake in public spaces.

This comes as police faulted influential people in the society noting that they were fuelling illegal opening of bars during curfew.

Trader Receives Ksh3.7 Million From NYS For Supplying Nothing, Reports To EACC