The chopper is an Mi 17 make that has a capacity of around 23 persons. 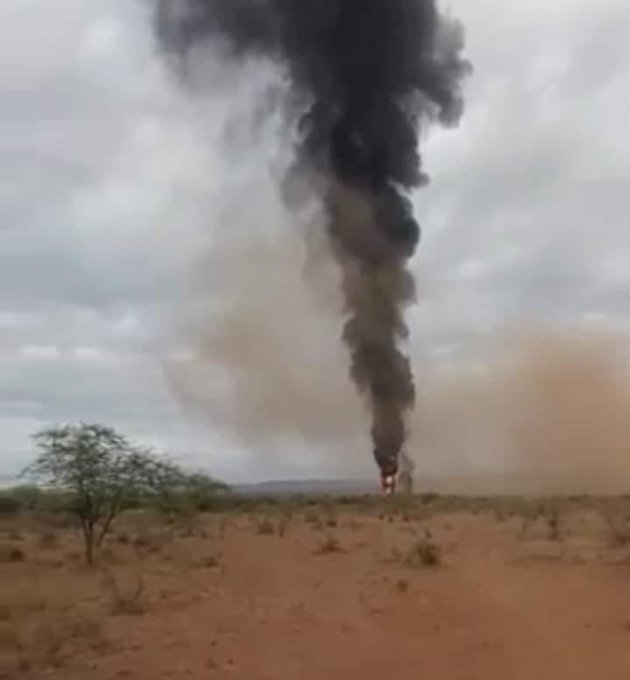 A chopper has busted into flames after crash-landing at Oltinga area, Kajiado County.

According to the Kajiado County Police Commander Muthuri Mwongera the accident happened at around 8.00 AM, Thursday.

The Police commander confirmed that it is an Army chopper that crashed and the number of occupants are unknown.

Speaking to the Star, the commander said he has dispatched Kajiado West OCPD Vincent Kitili, to the scene to get more details.

The chopper is an Mi 17 make that has a capacity of around 23 persons.

An alarm on the chopper crash was raised by a social media user in Kajiado.

From a video posted on Sikika Road Safety Facebook page, the Plane is seen going up in flames.