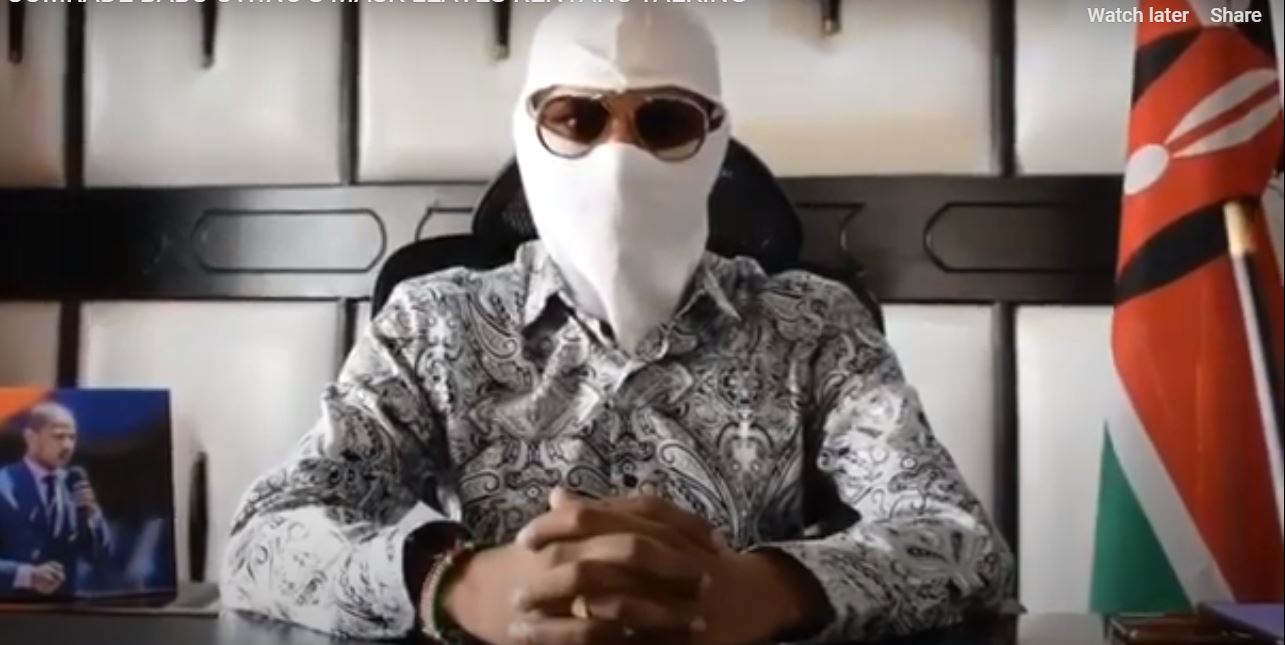 Speaking during a live press briefing, the vocal legislator threatened to take action against Chinese nationals over the mistreatment of Africans in China, after various videos portraying harassment of Africans went viral.

“Let them know that we have the territorial sovereignty of dealing with their people in Kenya the way they are dealing with ours in China. Let them not forget that,” he asserted.

Embakasi East MP Babu Owino addressing a crowd during a past event.

Just days after Foreign Affairs PS Macharia Kamau announced that the Chinese authorities had assured the Kenyan government that the sensitive issue would be handled, various videos emerged showing that racial bias was still very much alive within some provinces in China.

In one of the many videos, an African woman was seen at a shopping centre trying to gain access to the area but was stopped by security officers stationed at the entrance.

All her attempts to at least get an explanation as to why she was denied entry proved unsuccessful.

It is such videos that the Embakasi East MP was responding to during his presser, going on to remind the Chinese government that thousands of its own citizens were living and working in Kenya and across Africa under humane conditions.

He then turned his attention on Education Cabinet Secretary (CS) George Magoha, going on to require him to submit this year’s KCSE & KCPE national exams to him in advance for verification purposes.

Babu argued that students ought to be examined only on areas that were covered in the syllabus before the Covid-19 pandemic that forced the indefinite closure of schools.

“Magoha must submit to my office those exam papers in advance so that I can verify if they have tested what has not been taught so far to the candidates,” he announced.

On March 15, President Uhuru Kenyatta ordered the closure of all learning institutions across the country, as one of the measures to combat the spread of the coronavirus.

“We have suspended learning in all our educational institutions with immediate effect,” he stated at the time.

The issue of the national examinations slated to be held at the end of the year has proven to be divisive, with CS Magoha and the president both maintaining that the examination schedule was still on course.