Skip to content
Entertainment FACTS FEATURED Life Style
September 3, 2020 tmz editor
Betty Kyallo and Ida Odinga at the launch of Flair by Betty on June 27, 2020
Betty Kyalo has revealed the financial muscle behind her Flair by Betty salon which she launched with pomp and color in an event attended by Mama Ida Odinga.

During a candid question and answer session, she clarified rumors that there were influential leaders who helped her set the salon up.

“There is no one person who asked me ‘Betty what do you need’,” she stated while mimicking an aged man’s voice. 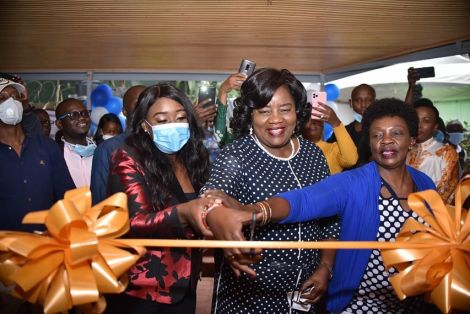 Betty Kyallo and Ida Odinga at the launch of Flair by Betty on June 27, 2020
FILE

“The sole financial help that I got was from my contacts at the bank, my mother and my savings. I also had people who held my hand,” she added.

Betty explained that she had friends who supported her and believed in her dream and would spare some of the little money they had to invest in the business.

“Have you noticed? There is a trend of some sponsors opening beauty salons/SPAs using female celebrities as fronts and these lasses pretending to own them?” he tweeted on July 7, just days after Flair by Betty was launched on June 27.

The beauty industry is one of the fastest-growing industries in Kenya, having grown from a value of Ksh26 billion in 2014 to over Ksh100 billion in 2020.

According to the latest report from Edited,a retail analytics firm, the global beauty and cosmetics industry is valued at Ksh57 trillion.

‘Nilipiga nduru,’ Jalang’o recounts how female fan hid under his bed and ambushed him