In Mid-May 2021, Kenya Ports Authority Chairman Joseph Kibwana announced that the state would have cargo transported from Mombasa via Standard Gauge Railway (SGR) to Nairobi, transferred on to the newly revamped Nanyuki railway line, and then ferried via road to the Kenya-Ethiopia border in Moyale.

“Kenya Transport and Logistics Network has conducted a viability study on the route and it has been found to be viable,” he stated at the time.

According to an article published by the Kenya Association of Manufacturers (KAM), opportunities to rake in billions exist for Kenyans via investing in Ethiopia’s food, beverages, and dairy sectors. 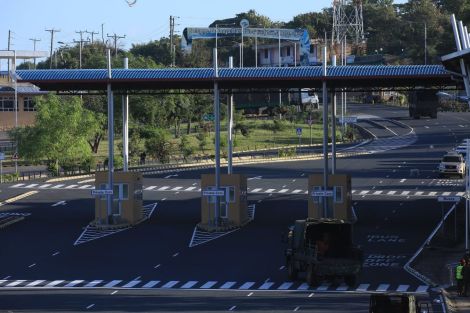 “Ethiopia is the fourth largest economy in Sub-Saharan Africa and will predictably be the third-largest by 2025, overtaking Angola. Meaning that jointly, Kenya and Ethiopia provide a market of 125 million people with a combined GDP of USD 67 billion,” reads an excerpt from the study.

Kenya’s exports to Ethiopia were worth Ksh 6.83 billion during 2019, according to the United Nations COMTRADE database on international trade.

Several factors have now made it possible for Kenyan traders to take advantage of the new market with cargo operations on the rehabilitated 240-kilometer Nairobi-Nanyuki railway line having started in August 2020.

The duo also inaugurated the 500km Hawasa-Hagere-Mariam-Moyale Road which is part of the Trans African Highway and a key segment of the Mombasa-Nairobi-Addis Ababa transport corridor.

“We want to see Moyale becoming the Dubai of this whole region, people coming here to buy goods and taking them to other countries,” President Uhuru stated at the time, going on to urge Kenyans to take advantage of the new infrastructure to venture into landlocked Ethiopia.

The border post holds great potential for products in sectors such as food, beverages, pharmaceuticals, cosmetics, and petroleum.

Coupled with the new infrastructure, Nanyuki town has slowly morphed into a trade hub as it serves as a pitstop from where tonnes of cargo are transferred from the trains and into trucks destined for Ethiopia.

Real estate investors have also been rushing to the area as the new infrastructural development and trade along the route have seen land prices in Nanyuki escalating rapidly.

In 2016, an acre was selling for Ksh4.5 million along the tarmac. In 2018, this jumped to around Ksh7 million due to infrastructural upgrades. Currently, the asking price is in the Ksh10 million-plus bracket.

Some investors are also eyeing the hospitality industry as the northern region of Kenya is now easily accessible. Hotels, lodges, and camping sites have been cropping up in the area, making Nanyuki one of the fastest growing towns along the new trade route. 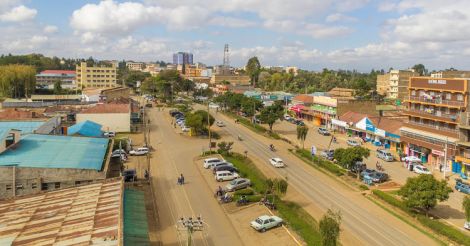 A section of Nanyuki town.

Rising Pneumonia Cases in the Country Cause Worry

‘We used to work and were were not paid,’ Papa Shirandula’s last interview with Churchill