Black Excellence! Thula Sindi Opens 3rd AfricaRise Concept Store. In this industry when you find a niche, hang on to it. Thula Sindi is definitely doing that with his vision of bringing African fashion designers and brands to the fore by placing them within the top retail spaces in South Africa. The leading local designer, recently opened his 3rd AfricaRise concept store.

Sindi’s first concept store by the same name opened in Sandton City in October 2019. In August 2020, he opened his second design emporium and concept store in Marshalltown, Johannesburg. Thula has now opened his third AfricarRise store,this time in Menlyn, Pretoria.

According to a press released, this store is all about bringing African made garments and fine art to the people in and around Tshwane. The AfricaRise store will also feature art and limited edition signed prints by the one and only, Baba Tjeko. 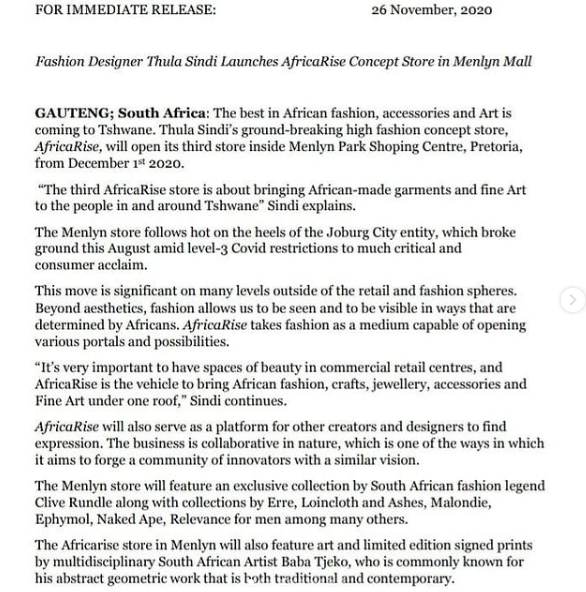 The Queen Episodes, Characters, Full Cast and their Real Names 2020