KEMRI made an urgent appeal to the government, after running out of funding such that it was struggling to replenish Covid-19 testing materials, protective gear, and the much-needed reagents.

Speaking during the daily Covid-19 briefing, Aman stated that the funding shortfall quoted in media reports was slightly exaggerated. 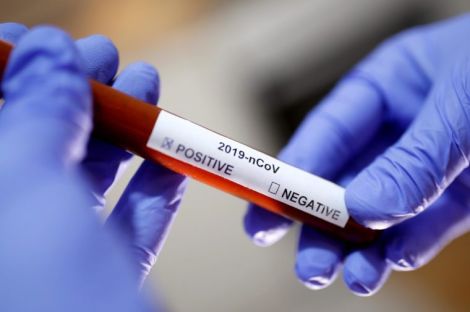 “A statement presented to Parliament, where it was said KEMRI is claiming a certain sum of money I think it’s Ksh790 million and not Ksh900 million and something. I’ve seen that report,” he stated.

The CAS also noted that the country had several testing facilities such as the National Influenza Center (NIC), a unit under the division of the National Public Health Laboratory (NPHL). The NIC receives and processes flu samples from 6 county referral hospitals (Kakamega, Mombasa, Nakuru, Nyeri, Marsabit, Kakuma and the Kenyatta National Hospital).

He added that there were several other testing centres across the country adding that the government had also formed a resource plan that would cater to various Covid-19 activities.

“In this plan, we have quantified and earmarked resources that will go to various activities. We are talking about testing here.

“I can tell you that we have earmarked resources and quantified and we know one of the resources we require for testing,” noted the CAS.

Aman noted that the ministry has been able to get resources for testing through the funds the country has mobilised and cited the increase in tests conducted.

The CAS reiterated that the testing capacity would not be affected and also announced the government had received additional testing kits.

“So what I want to share is that our testing ability is not going to be constrained because of lack of resources to buy the reagents rather it will be a lack of being able to access the reagents.

“However, I’m happy to announce to you that yesterday we received a consignment of 8,000 tests for one of the instruments that we use and today we are expecting another almost 18,000 tests for that and we have several of these tests that we have now been assured that are in the pipeline.

“We shall receive another consignment by the end of this month,” assured Aman. 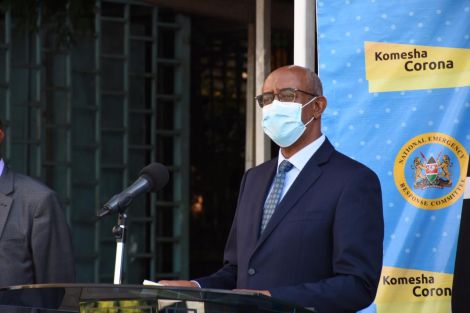 Health CAS Rashid Aman addressing the media at a press briefing. May 13, 2020.

Interesting facts you did not know about Reverend Kathy Kiuna