In an interview with Daily Nation published on Monday, June 29, Koistany reported that some of the funds were squandered on fraudulent payments and added that he has not been receiving his allowance.

Soy Member of Parliament Caleb Kositany speaking at a past event.

“All of us contribute Ksh 10,000 every month and we want to know how these funds are being used. Tuju and the team should publish for us their records in the local dailies.

“As Deputy SG, I know I should be getting some allowance but someone might be earning it on my behalf. We want to know how we’re paying rent of Ksh5 million per month and tea and snacks worth Ksh7 million monthly,” he questioned.

Kositany also wanted the individuals benefiting from the Ksh67 million annual rent for the Jubilee Headquarters in Nairobi named, adding that members were made to believe the office was a campaign gift.

According to the Auditor General’s report, the party spends Ksh98 million on annual rent on offices across the country with Ksh67 million being spent on the headquarters only.

Koistany claimed that the party has non-existent grassroots offices, meaning that almost Ksh 31 million is spent on ghost offices.

“Anyone found to have embezzled the funds will carry his/her own cross. We want to know why we do not have offices across the country,” noted Kositany.

The Office of the Registrar of Political Parties and revenue from members have been the source of the funds which amount to Ksh1.878 billion since 2016.

Kositany also revealed a plan to hold the party’s grassroots elections in order to regain control of the party after a number of Ruto allies were kick out from parliamentary positions in the Jubilee purge. 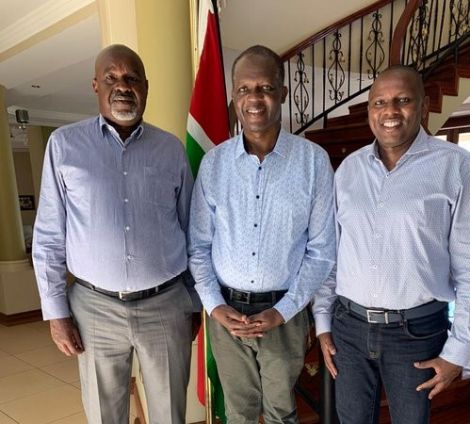 From Arunga to Kasavuli: TV hosts we miss seeing on the screens