No injuries or deaths were reported at the accident as the motorist aboard the vehicle survived.

The cause of the fire was not ascertained though it was alleged that it occurred owing to an electric fault.

In an interview with Citizen TV, the driver of the Volkswagen Passat narrated that he noticed a burning smell and parked his vehicle before exiting hurriedly. 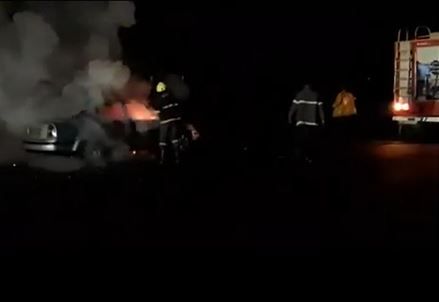 Firefighters at the Lang’ata Road incident on Friday night, July 10, 2020

His efforts to put off the fire were futile as the vehicle burst into flames, sending other motorists into a frenzy.

A few minutes before Nairobi County Fire brigade came to his rescue, one motorist stopped by and aided him by turning on the hazard lights of his car to notify others of impending danger.

The fire brigade managed to extinguish the fire, however, the motorist was left frustrated at how late they arrived at the scene (almost half an hour later) after notifying them of the accident earlier on.

Reports indicate that the incident is the second to occur on Lang’ata Road in a span of one month.

In April 2020, Homicide detectives launched a probe into a case in Buru Buru, Nairobi where one Terrence Korir burnt to death inside his car after the vehicle burst into flames.

According to the witness, it is not yet clear whether there were incendiary devices within the car that resulted in the fire, as the entire interior of the car was burnt to a crisp.

An autopsy conducted by Government Pathologist Johansen Oduwuor on May 5, 2020, at the Chiromo Mortuary revealed that Korir inhaled a lot of soot, an indication that he was alive when the fire started. 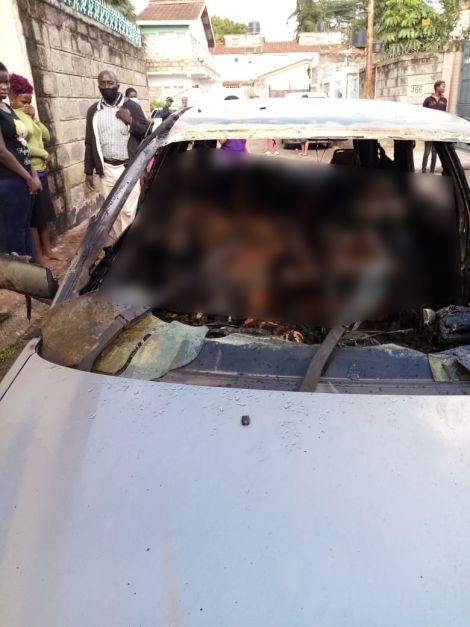 The car that burned down in Buru Buru Estate, Nairobi on April 29, 2020. One man died in the tragic incident.