The protestors claimed that their livelihoods have been affected since Walukhe was jailed following a Ksh.297 million National Cereals and Produce Board (NCPB) graft case.

The residents hope that an appeal is set to be filed by Walukhe’s lawyers will hand him a chance to serve his constituents until his term comes to an end in 2022. 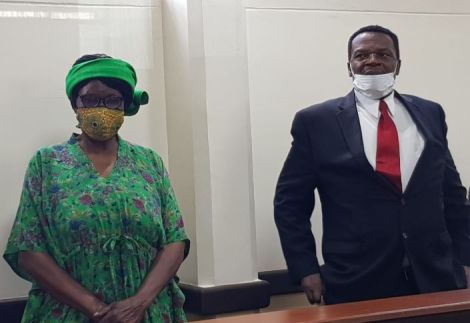 The residents also claimed that the sentencing was too harsh on the MP with a number of corrupt government officials still walking scot-free.

The protestors urged President Uhuru Kenyatta to intervene and let Walukhe continue serving them with others claiming that some of the MP’s projects have stalled.

“Since he was arrested, we have really suffered, we are crying for justice, we urge President Uhuru Kenyatta to let our MP continue serving his people,” voiced one of the protestors.

“Projects that were ongoing have been stopped, he was building houses which have now been halted,” noted one woman.

‘If Zari couldn’t change Diamond who are you?’ Maina Kageni tells Tanasha