Skip to content
Entertainment Exclusives FEATURED
July 21, 2020 tmz editor
Daniel Churchill Ndambuki during a past performance
For a couple of weeks now, Churchill show has made headlines after comedian Zainabu Zeddy accused the management of frustrating artists.

Zeddy, in an interview with her counterpart Felix Odiwuor (Jalang’o), laid bare the mistreatment some of the comedians endure, resulting in depression or even attempted suicide.

Speaking during an episode of the show on Sunday, July 19, Ndambuki acknowledged that he had seen the numerous allegations on social media platforms.

“Watu wanongea sana hadi unashindwa where do you start. (People talk a lot) Everything is a journey and it has taken me almost 20 years now to do these journey series and we are not stopping,” he begun.

He went on to urge comedians to use social media platforms and create great content that would attract more fans.

“10 years ago you had to audition to become great but right now you can use social media. Now we are not in that era where unasema mtu amekukazia kukua kwa stage, oooh sasa huyu hanitakiii.

In a show on July 8, Zeddy had disclosed that comedians were paid only if their art appeared on TV.

She indicated that some of the comedians performed for months but their shows never aired, hence, throwing them in a pool of depression.

“The audience during the live recording usually get to see up to 15 performances and wonder why only a few are aired,” the comedian asked. 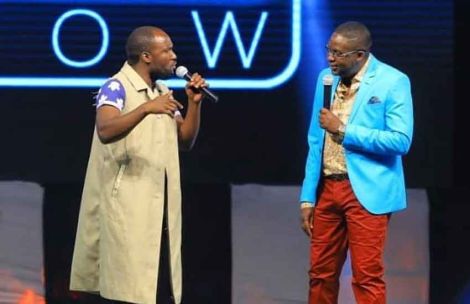 ‘Please be kind with your words, life has to go on…’ Ruth Matete’s special request after burying hubby

From Patonee to C’zars: Kenyan artistes who were one hit wonders – List

Uhuru: How I Spend my Days in Wake of Covid-19 Pandemic