The leaders who started arriving at Atwoli’s home at around 11 am, are all from the Westen Region and had convened to discuss the political future of the region ahead of the elections in 2022 elections.

While addressing the media, the politicians asked President Uhuru Kenyatta and ODM leader Raila Odinga to help initiate development projects in the region.

“We have issued our proposals of the industries that we would like looked at including the granite in Vihiga,” Cleophas Malala, who was speaking on behalf of the press stated. 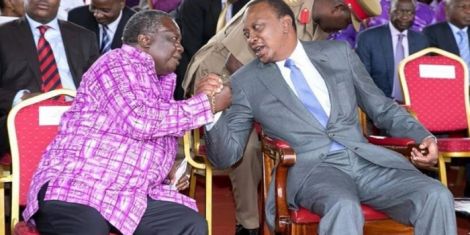 The politicians also requested to get more leadership positions in the re-alignment of the National Assembly and the senate.

Governors from the Western region including; Wilber Otichilo (Vihiga), Wycliffe Oparanya (Kakamega) and Wycliffe Wangamati (Bungoma) were in attendance.

The only governor from the region who skipped the meeting was Busia Governor Sospeter Ojaamong.

Amani National Congress (ANC) leader Musalia Mudavadi and Ford-Kenya Leader Moses Wetangula did not also show up for the meeting.

At the same time, the group will also be celebrating Tongeren MP Eseli Simiyu’s election new elevation to Deputy Minority Whip in the national assembly.

During the meeting, the politicians are said to have observed measures set aside by the government to combat the coronavirus disease including social distancing and wearing of masks.

At the time, Atwoli was repeatedly jeered for scolding Luhya political kingpins, Mudavadi and Wetangula. 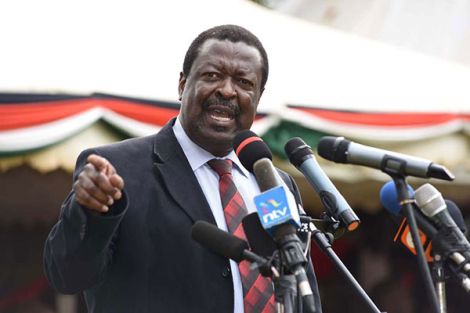