Speaking to Tmz.co.ke, a correspondent based in Lamu, stated that Lali would be released at 2 p.m. on Wednesday, May 27.

Tecra’s family through their lawyer argued that the court should extend Lali’s detention but the request was declined. Principal magistrate Allan Temba stated that detectives had visited the scene of crime three times and didn’t find any evidence warranting detention. 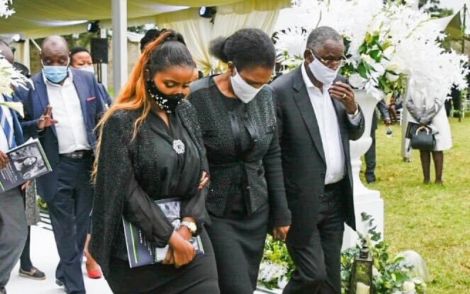 From left Anerlise, Tabitha and James Karanja pictured at the funeral of Tecra Karanja, May 16, 2020.

Lali has been detained at Lamu Police Station following a ruling that investigations into the death of Ms. Muigai had not been concluded.

“They are allowed to detain the suspect as long as they allow him access to legal advice from his advocates,” Principal Magistrate Allan Temba had ruled.

Tecra, the daughter of  Keroche Breweries CEO Tabitha Karanja, suffered cerebral-edema resulting from a fall from off a staircase at a house she shared with Omar in Lamu on April 27.

She was laid to rest at a private ceremony dubbed Celebration of a Star, on Saturday, May 16.

Some of the leaders who were present during the ceremony included: ODM Leader Raila Odinga, Senators James Orengo, Moses Wetangula, George Khaniri, and Governor Lee Kinyanjui.

Lali had requested his family to allow him to attend his late girlfriend’s boyfriend but his request was not granted.

Through family spokesperson Mohamed Lali, Omar and his family had asked to be allowed to say goodbye to Tecra, stating that they treated her like one of their own. 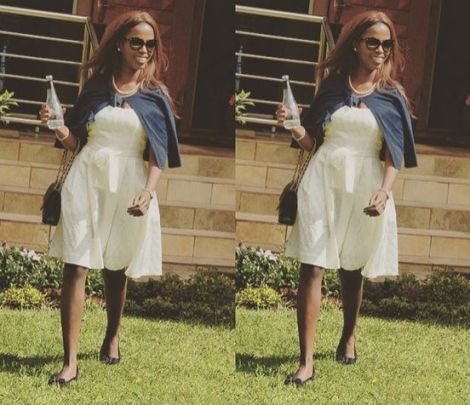