A KAA representative who spoke to TMZ.co.ke, responded to a letter dated Monday, May 11, that was shared widely purporting to be sent to government agencies, concessionaires and contractors, suppliers and service providers.

The letter was allegedly sent by KAA’s Jomo Kenyatta International Airport (JKIA) Manager, Abel Gogo, to inform of an online video conference to discuss what was described as an imminent resumption of passenger air travel amid Covid-19. 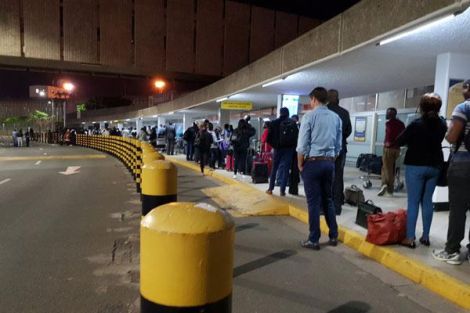 “We don’t have that information yet, we still do not know when the flights will resume operations in Kenya,” said the representative.

“In preparation of the imminent resumption of passenger operations at the Jomo Kenyatta International Airport, you are hereby invited to a virtual meeting to be held on Wednesday 13th May 2020 at 1100hrs,” the letter read in part.

According to the letter the agenda set to be discussed in the meeting was the precautionary public health measures for civil aviation following the Covid-19 pandemic.

The other matter that was meant to be discussed in the meeting included operational readiness and resumption activities in the international airport.

The country has been operating cargo and passenger flights that are only repatriating Kenyans who are stranded in countries around the globe, as well as as chartered flights evacuating foreigners in Kenya.

Ministry of Health Cabinet Secretary Mutahi Kagwe announced no international passenger flights would be allowed to land or take off from Kenya from Wednesday, March 25.

Cargo flights were however allowed to operate, a number delivering medical equipment and some exporting food and fresh produce.

The move was announced after a number of imported Covid-19 cases were registered in the country from international passengers required to abide by the government’s initial self-quarantine prootocol.

Countries around the world are beginning to slowly ease their Covid-19 restrictions in a bid to save the plummeting economy.

On Tuesday, May 12 the Kenyan High Commission in the UK announced that a flight from the UK would repatriate stranded Kenyans on Friday, May 15. 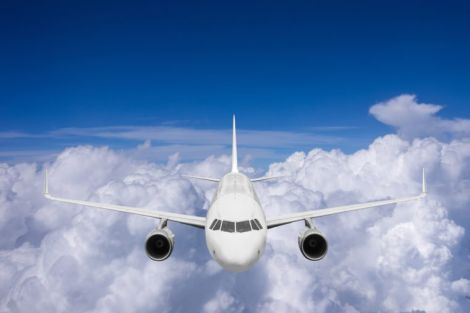 A plane flying above the clouds

Gen. Badi on How Nairobi Will Deal With Covid-19 Spike