The Covid-19 pandemic has hit churches hard, relegating many from raking over a billion Kenyan shillings a year to a just few hundred thousands or even less.

Most of these churches have been forced to record sermons where part of the time is spent pleading with members to remain committed to sending tithes and offerings via mobile money.

Two months ago Kibera United Kingdom Church pastor Victor Wafula openly lamented over the effects of the pandemic on his Ministry’s earnings.

“Let’s honor God with our finances and stay faithful to him. Coronavirus should not be the reason for people not to tithe If we give out our offering, then truly God can end this virus,” he stated in a message sent out to his church members through Facebook.

The loss in revenue has led to ‘unGodly’ wrangles with church leaders openly up in arms against each other. 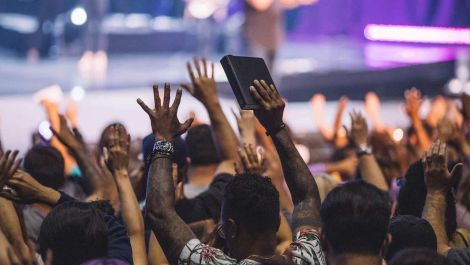 A stock photo of a church congregation worshiping
FILE

An example was the bitter wrangle that ensued within the the Church of God Ministries on September 6.

The church leadership wanted to convert the Mariakani Christian Centre, which sits on a two-acre parcel at South B Shopping Centre, into a business centre.

Drama unfolded when members opposed to the development plan interrupted services and confronted church leaders as police from Industrial Area stood by. The members, most of whom were excommunicated in April “for being too tough on the leadership”, claimed the project would only benefit a few people.

“We’ve been banned from attending services because we want the plan to sell our church and convert it into a business centre stopped. Police have been brought here to stop us. We’re told that our names are not on the list of those approved to worship here,” one of the church faithful told the media.

To paint a picture of just how much some of Kenya’s richest churches make, in 2015, Christ is the Answer Ministries (CITAM) recorded Ksh1.01 billion as income over the year following a government directive.

A year later, the number went significantly higher (Ksh1.5 billion) and even much higher in 2017, with Ksh1.83 billion filed under the income column of the richest church in Kenya (in terms of annual income).

These are just 3 of the richest churches in Kenyan, with the country witnessing a mushrooming of what are referred to as Pentecostal churches over the last few decades.

As early as 2007, Kenya’s registrar general was said to have 6,740 pending applications for church registration.

The pandemic has hit the church hard, with most of their sources of income such as schools closed down as well.

In a bid to stay afloat, some of these churches have had to come up with new business ventures.

A good example is the All Saint’s Cathedral located opposite the Intercontinental Hotel in Nairobi.

They have set up an underground carpark for the general public that can accommodate over 280 cars, complete with a smartphone app. Prices average at Ksh 300 a day.

The partial reopening of churches (with age and and number of congregants restrictions) has been a welcome relief to the churches in Kenya. 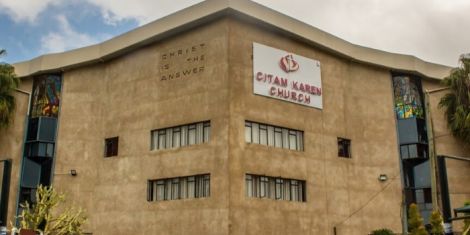 ‘Vera needs a brain implant and not a boob job,’ – Maverick Aoko

Photos of DJ Sunman, the man who has been Anita Nderu’s long term bae