Speaking during a Covid-19 virtual conference on Monday, August 31, Kagwe defended himself from the claims basing on protocols within his docket which allowed him to direct KEMSA activities.

Kagwe stated that it is a normal and well-documented practice for a CS to consult and direct govt policies to all parastatals and KEMSA is under his jurisdiction.

The CS also disclosed his private conversation with Manjari, arguing that he urged the suspended CEO to desist from importing Personal Protective Equipment (PPEs). 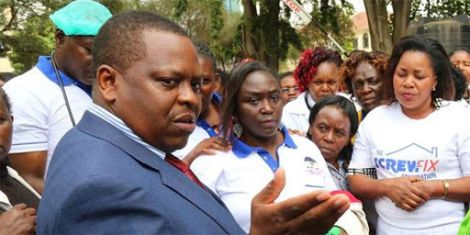 The prices of the imported PEPs were alleged to have been inflated by local companies who were illegally awarded outrageous tenders.

“I told Manjari that we must buy locally manufactured products and stop the importation of Personal Protective Equipment (PPEs),” Kagwe revealed.

The CS further blamed cabals who were reportedly out to politically instigate and weaponise the matter. This was after political leaders and health officials called for his resignation.

In the virtual meeting attended by Kagwe, President Uhuru Kenyatta ordered KEMSA to publicise all the tenders it awarded for transparency purposes.

“I also hereby direct that the Ministry of Health within the next 30 days must come up with a transparent, open method and mechanism through which all tenders and procurement done by KEMSA are available online so that we can see who has been awarded a tender,” Kenyatta stated as Kagwe supported the ICT program as directed by the Head of State.

On Wednesday, August 26, the President also ordered investigative agencies to expedite the investigation and table a report within 21 days. 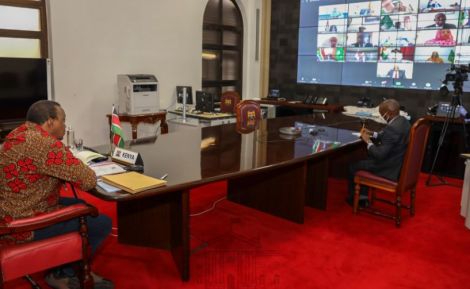 President Uhuru Kenyatta during a virtual meeting of the African Union Bureau on August 20, 2020.

From Visiting Brothels to Being Robbed, 10 Things Every Nairobian Can Relate to