On Wednesday, September 2, through his social media pages, Kagwe pleaded with Kenyans to believe in him and insisted that he had launched an unbowed fight against corruption.

He argued that since he took over the Ministry of Health, he understood that his officials were hell-bent on denying Kenyans access to the quality and affordable healthcare they are entitled to as a human right.

The CS stated that he was proud of efforts being made to unearth cartels in the Health Ministry, adding that President Uhuru Kenyatta shared his sentiments and believed in him. 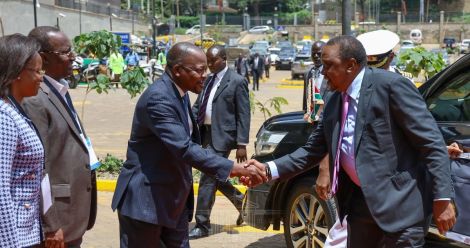 “Thank you, President Uhuru Kenyatta; without your unwavering support in this, without your presence, the task would be untenable,” Kagwe lauded.

He urged Kenyans to understand that the war on graft clashed with political aspirations to the extent that the welfare and healthcare of the nation were directly threatened.

The former Nyeri Senator pointed out that there are some dark quarters that are vehemently resisting the anti-corruption efforts to the extent that they have waged a war of misinformation and sponsored protests disguised as civil unrest to confuse and exploit the public for political gain.

“Those in the Ministry who support me cannot win without the support of as many Kenyans as possible. If you haven’t already, please understand my abhorrence for graft, join the fight at hand and keep abreast with our progress,” he reached out to Kenyans.

Kagwe stated that immediately after he was sworn in, he sought the assistance of the National Intelligence Service and the Ethics and Anti Corruption Commission in conducting a thorough forensic audit of the Ministry and the parastatals that support it.

He has also transferred no less than 90 staff, restructured the procurement personnel, suspended suspected staff to pave way for ongoing investigations and sought replacements.

Kagwe further recalibrated all the structures under MoH to ensure that they are professionalized, meet international standards and hold their members accountable for institutional performance. He is also working in tandem with the Judiciary to clean out rogue officials who collaborate with MoH officials.

“If you’re willing to stand up, be counted and go full throttle like me, then all we need is the confidence that the other stakeholders- the legislation and judiciary- will stand with Kenya. I am grateful that Kenyans are God-fearing and they know weaponizing health is immoral, non-Christian and an act that even the highest offertory cannot atone,” Kagwe stated, a few days after Kenyatta directed him to submit a report on the KEMSA scandal in 21 days. 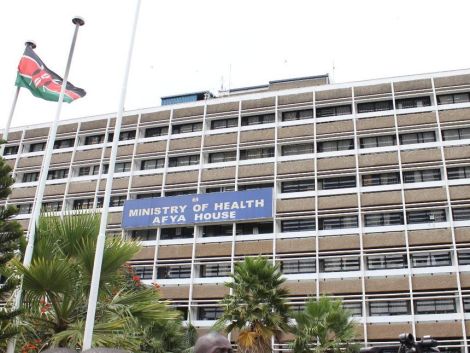 Even if the ink has run dry, the love lives on! Photos from Ken Walibora’s funeral

‘I survived on milk and mandazi,’ Muthoni Mukiri on her tough past