The CS proceeded to appoint Agnes Wahome as the institution’s acting CEO after a recommendation from KUCCPS’s board in a meeting held on Tuesday.

In her new role, Wahome replaced John Muraguri who had been sent on terminal leave last week.

Wahome resigned from the institution in September, but rescinded her decision on Wednesday, November 11, seemingly in preparation for her new role. 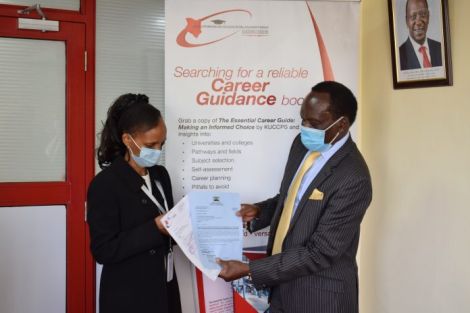 Before her departure, she had served as the manager for Research and Knowledge management.

“I have reflected on the persuasion by the CEO and the chair on behalf of the placement board to reconsider the notice of resignation and hereby write to cancel the notice and offer to continue with my employment with the placement service,” stated Wahome at the time.

The new acting CEO was unveiled on Tuesday by the chairman of the board who reiterated the institution’s unwavering commitment to delivering equitable university placements.

“The board is committed to ensuring a smooth transition to enable the organisation continue delivering services in line with its mandate,” stated the Chairman Joe Ager.

Wahome will serve in the acting capacity until the institution hires a permanent CEO whose search process has already began.

Muraguri was sent on terminal leave ahead of his official retirement.

On KUCCPS official site, an advertisement for a permanent CEO is already running whose requirements include 15 years work experience and 10 years in senior management positions.

Some of the roles tasked to the CEO include ensuring proper custody of institutional assets, overseeing and ensuring implementation of corporate policies and programs and developing and driving initiatives aimed at achieving medium and long term, transformative and sustainable goals among others. 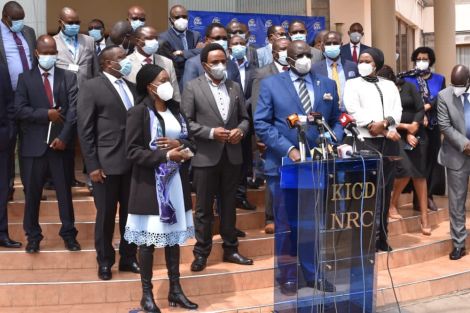 China Must Write Off Kenya’s Ksh 650B Debt – Jaguar