Skip to content
News Politics
June 24, 2020 tmz editor
Several guns laid on a table.
Another fake multi-billion arms scandal has hit the country with the Interior Ministry headed by CS Fred Matiang’i being thrown into the mix.

A report by Daily Nation on Wednesday, June 24, indicated that the new scandal, orchestrated by a Nairobi City lawyer, Jacob Oloo, and his team, fell apart after he tried to con his colleagues.

The fresh scandal has raised eyebrows after it was established that some of the suspects had participated in an earlier Ksh39 billion scandal in which former Sports Cabinet Secretary Rashid Echesa was linked.

The victim in the new scandal is reportedly a firm based in Mali, Prenium Interservices, which had already parted with Ksh7.5 million as commitment fees as it prepared to supply 45,000 riffles and 15,000 pistols to the National Police Service. 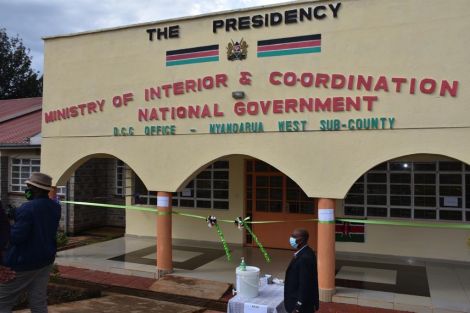 A new office of the Interior Ministry being launched in Nyandarua.

According to documents cited by the publication, Prenium had written a letter to the fraudsters after they presented themselves as officials from the Interior Ministry and the letter was copied to an alleged Police Commissioner, a post that was scrapped under the 2010 constitution.

The trouble reportedly started when the group fell out over the commitment fee in which the lawyer reportedly attempted to con his colleagues.

Oloo, who is a member of the Law Society of Kenya, rushed to Kasarani Police Station on June 2, claiming that his life was in danger and named John Maingi as the prime suspect.

In his report, the suspect did not describe how his life was in danger but left his car noting that he feared that he would be trailed and murdered in cold blood.

A few days later, however, a person who claimed to work for the Kenya Defence Forces, showed up to pick the car on behalf of Oloo but did not have any documentation proving his position.

When the lawyer was reached out, he claimed that a group of men had stormed his house and held him, together with his girlfriend hostage.

This comes barely a year after the Directorate of Criminal Investigations unearthed the Ksh39 billion fake military arms deal that involved officials from the Office of the Deputy President.

Echesa has since been charged with 12 counts of fraud including an alleged attempt to make a document with intent to defraud Polish military dealers.

Echesa and three co-accused pleaded not guilty to the charges and were released on a Ksh1 million bail each.

The case is still ongoing. 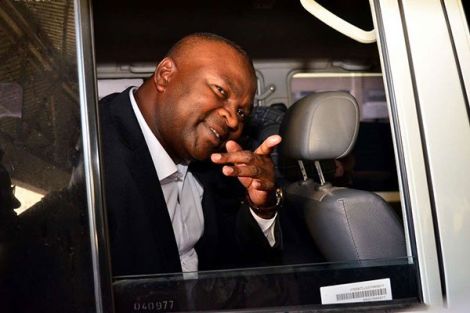