20-year-old Wendy Muthoni was laid to rest on Wednesday, July 29 at the family home in Muchemi village, Ol Kalou Constituency in Nyanadarua County.

Her mother wrote down the last moments she will cherish forever, in a 16-page funeral program.

The duo spent most of their time together on Tuesday, June 30, before the daughter fell ill. 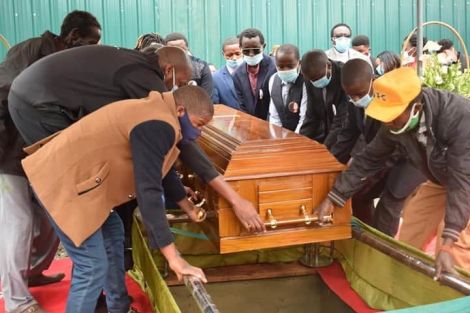 “On June 30, at 9 pm, the eve of your tragic illness, you said to me that you noted I had a long tough day ahead. I confirmed and you continued, ‘Mum, it will be fine… I will pray for you and I know it will be fine. Good night. I love you.’

“Only God knew it will be our last conversation,” CS Kariuki noted Muthoni’s last wish.

The burial was heavily guarded by police officers. Among the VIPs at the event were ICT CS Joe Mucheru, Nyandarua Governor Francis Kimemia and a few MPs.

However, no politician was allowed to speak at the burial service.

Muthoni, the second-year law student at JKUAT Karen Campus is one of CS Kariuki’s four children with her husband, Zabby Kariuki.

President Uhuru Kenyatta and his deputy William Ruto led condolences for the CS’s family on July 29.

“The President wished the family God’s fortitude during this difficult period of grief and assured them of his support as they come to terms with the big loss,” an excerpt of a statement by State House read. 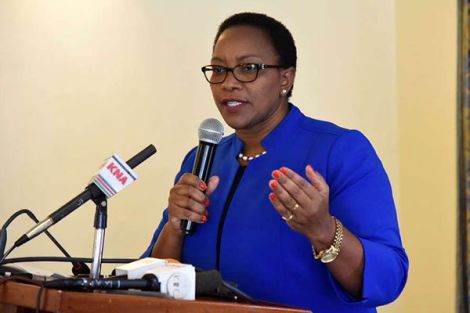 ‘I’m not the biological father of 2 of my 3 children,’ cries city man