Obare, known for his scandalous exposés on well-known figures including actors, influencers, musicians and politicians had been informed by the DCI on Monday, July 27, that he would required to appear before them in the next few days.

According to Obare, several officers stormed his home in Kisumu on the morning of Thursday, July 30, before transporting him back to Nairobi.

He posted a message on social media thanking his followers for their support even as his lawyer Titus Munene Kinyua confirmed the arrest.

“As I said earlier I was summoned by the DCI. Today morning I was arrested by very many officers at my home. Thank you for your undying support,” Obare wrote while on his way back to Nairobi.

Obare had revealed that he was summoned over posts he made concerning influencer and model Natalie Tewa.

He was accused of doxxing, which refers to searching for and publishing private or identifying information about an individual on the Internet, typically with malicious intent.

Obare sources his information from his numerous followers, many of whom have personal connections to the subjects of his stories.

He has cultivated a large following thanks to the explosive nature of his content, rivaling well-known tabloids.

Speaking to TMZ.co.ke in January, Obare maintained that he made efforts to ensure the veracity of the information given to him by his followers.

“My followers know me, I ask for evidence and they know I can turn against them if they lie. And I also know who they are,” he explained, asserting  that he did not simply post tip-offs from random accounts. 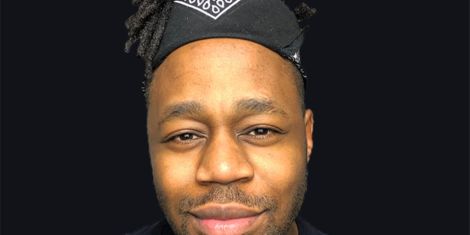 ‘Call her dad? Is she 12?’ Kambua goes ham on KOT trolls over Lupita drama

‘I have made a lot of mistakes since you left,’ Dan Sonko pens touching letter to his late wife Dru