Sports CAS Zack Kinuthia has defended President Uhuru Kenyatta’s borrowing spree , ahead of the presentation of the 2021/22 budget in Parliament.

On Wednesday morning, June 9 – in a TV interview – Kinuthia argued that the head of state was justified in taking loans to fund his development agenda.

Kenya’s treasury has been on the spot for securing multiple loans from Eurobonds, World Bank and the International Monetary Fund (IMF), decisions that do not augur well with a majority of Kenyans, especially after Uhuru admitted that Kenya loses Ksh2 billion daily to corruption.

“Debt is beautiful, debt is sweet because it makes you grow and also keeps you alive. The president has gone out of his way to find alternative ways of delivering his programmes like private equity.

“I want to declare openly that I’ve always and will always articulate the agenda of the Jubilee party leader,” Kinuthia insisted.

He added that despite the law prohibiting state officers from engaging in politics, it was difficult for vocal people like him to desist aligning themselves from a certain political camp or ideology.

The President, facing growing backlash, has always stood his ground, stating that he would not stop borrowing to raise money to spur the economy through development projects.

He further declared that he will not relent on remittance of taxes as an additional source of funds.

“I will not lower taxes. You will have to pay because there is no other way we can build facilities, roads, and schools. We must pay taxes. The only thing we can do is to pay our taxes to avoid stalling business,” Uhuru pointed out.

The 2021/2022 Ksh3.6 trillion budget will be the biggest budget ever presented in Kenya. Half of the budget, Ksh1.8 trillion will be allocated to the government’s development agenda.

Treasury under CS Ukur Yatani is also expected to raise new taxes through the amending of the different acts including the Income Tax Act, the VAT Act, the Excise Duty Act and the Tax Procedures Act.

Yatani is further expected to borrow Ksh952.9 billion to plug a deficit to finance capital projects and to offset other debts. 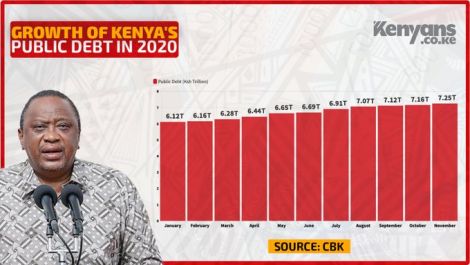 Aisha Jumwa Among Nasa MPs to Be Expelled From House Committees