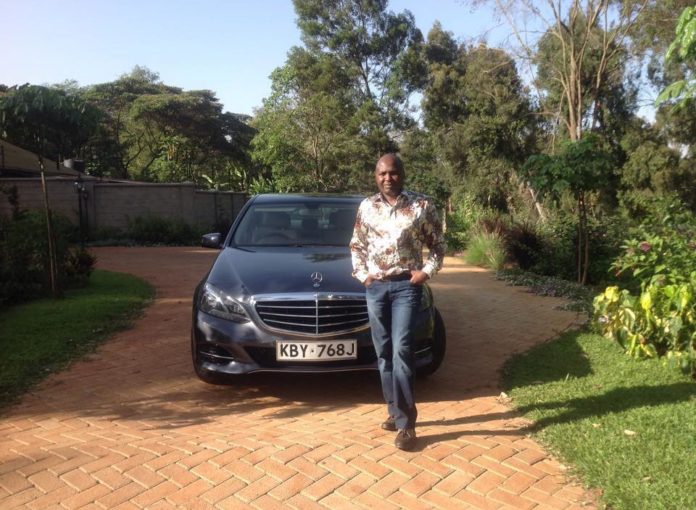 No lawyer thrives on social media platforms like Donald Kipkorir. His successes are well documented and fed to his eager followers on Facebook and Twitter. This is a man who grew up in poverty but changed that narrative of his life by becoming one of the most successful lawyers in Kenya. He has big time clients who pay top dollar. This is reflected in the kind of automobiles in his possession, stately houses and his expensive fashion sense. Here is the life of Donald B. Kipkorir life.

His life growing up in the hamlet of Cheptongei in Marakwet was a far cry from the lavishness he now enjoys today. According to the city lawyer, his mother sold busaa and used the proceeds from the business to pay his school fees. He shared on his twitter account:

I was educated by my mother & her mother …. My mother sold busaa & my grandma chang’aa … We were never raided as the Chiefs, Sub-Chiefs & Paramount Chief used to drink & understood the prevailing poverty ….

The third born in a family of nine attended mud walled schools in his village. In a rare interview with BusinessDaily writer Jackson Biko, the lawyer revealed that he lived all his childhood in a mud-thatched hut until he came to Nairobi for his university studies. From not wearing a shoe during his entire primary school to purchasing a suit worth kes400,000, Kipkorir seems to be making up for his past.

After his O-levels, Kipkorir joined the University of Nairobi. He has a Bachelor of Laws degree from the institution and a Post-graduate Diploma in Law from the Kenya School of Law. Initially, the lawyer wanted to be a priest and even went to a seminary.

The lawyer has kind words for Bungoma Senator Moses Wetang’ula for allowing him to join his law firm in 1994. At the time Wetangula-then a nominated MP-was one of the most influential lawyers in the country. He gave the rookie lawyer a chance to handle important clients because of his tight schedule in parliament. Just in his 20s, Kipkorir represented Gulamhussein Sheikh who had sued Akasha for a debt of worth $3 million. He was pitted against some of the best legal minds in the country in the form of Satish Gautama, Aurelio Rebelo and OP Nagpal and went on to win the case.

Two years after joining Wentagula’s law firm, Don was ready to chart his own path. He borrowed a loan from Prem Gidoomal which was guaranteed by Hon. Suleiman Murunga. And he gave his new law firm his all. Instead of the 36 months he was supposed to settle his loan, he paid in one year. And he worked long hours:

He told Biko that he opted for corporate commercial practice and doesn’t encourage walk-in clients. He represents banks and State corporations which he terms as “ the most exciting area in practice.”

He was the government legal adviser for the initial public offering (IPO) when Safaricom was listed in 2006.

Donald Kipkorir Biography, Age, Education, Wife, Children And Property He Owns
Kipkorir And His Wife Noni Weru Image/Ghalfa
Don married Noni Weru in January 2017. The couple is blessed with a son. The lawyer has children from other relationships. According to Kipkorir, he makes time for his children who live with their respective mothers. He was reluctant to marry and in a past interview he recounted how his father was abusive to his mother and he did not want to be like him.

“…….But I don’t want to have a marriage like my parents’. Maybe that’s one of the issues that’s holding me back….” he told BD.

Don has been a supporter of former Prime Minister Raila Odinga. He had a close relationship with Deputy President William Ruto when he had joined YK92 and he was a law student. This friendship seems to have waned over time.

Donald Kipkorir Biography, Age, Education, Wife, Children And Property He Owns
Donald Kipkorir Sharing His New Acquisition Image/Classic
The lawyer flaunts his wealth with abandon. In a long post, Don said he lives his life “in the open because I have not stolen and I have no monetary or political debts to pay.” In 2016 he bought a Range Rover Sport House 2016 edition for kes24million to add to another one he owns.

He bought a Mercedes E300 this year and went on to share with the world. Kipkorir owns a holiday home in Nanyuki said to have cost him kes27million. His Karen home is valued at kes60 million according to Operanews.

He has another address in Kilimani and a home in his village.

Govt to Launch Crackdown on Admission of School Dropouts