Deputy President William Ruto in his address to the Muslim faithful on Friday, April 24, 2020.

Deputy President William Ruto’s Communication Secretary David Mugonyi as well as his Director of Communications Emmanuel Talam on Tuesday, April 28, responded to queries made by TMZ.co.ke after a strategy document purportedly from Ruto’s campaign secretariat for the 2022 Presidential Election started making the rounds.

The document outlined ten key areas the team would supposedly focus on in a bid to ensure Ruto clinches the top seat in the next polls.

Among other things, it spoke of fervently pushing the ‘Hustler’ ideology and tearing into the ‘dynasties’, referencing leaders whose parents have been in the echelons of power in past administrations; such as President Uhuru Kenyatta and Orange Democratic Movement (ODM) leader Raila Odinga.

Speaking to TMZ.co.ke on Tuesday, April 28, however, both Mugonyi and Talam dismissed the detailed, professionally crafted 8-page document as fake. 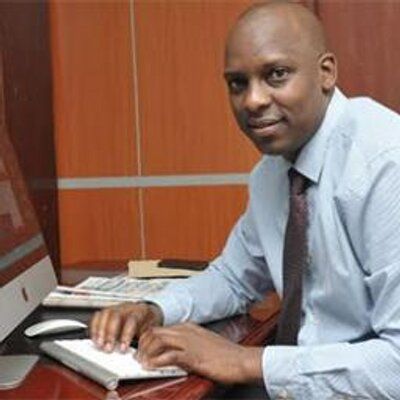 File image of David Mugonyi, Communication Secretary in the Office of the Deputy President
TWITTER

“I don’t respond to fake things,” Mugonyi explicitly stated when questioned on the document’s authenticity.

Talam, on the other hand, sought to find out who was behind the widely-circulated document, stating: “Who are the authors? I have no idea.”

The controversial document identified areas in which the DP’s campaign and strategy team supposedly needed to focus on to secure the support of a majority of Kenyan voters.

First, it identified the Deputy President’s chief political opponents as Uhuru and Raila, who joined forces in the famous March 9, 2018 handshake on the steps of Harambee House.

It talked of presenting the DP as a victim of political machinations to gain sympathy, particularly calling for Ruto to be cast as coming under attack from individuals determined to push him out of the Jubilee party.

With Ruto missing from recent government briefings on Covid-19, the document called for Ruto’s team to push a narrative that he was being deliberately left out of the meetings to keep him out of the loop.

The document further identified the Mt. Kenya region as the most decisive demographic in their plans, calling for a strategic approach to wooing the vote-rich region.

The document also highlighted the role of religion, asserting that Ruto’s long-time association with the Christian faith since his days as a university student should be highlighted.

It further called for the war on corruption spearheaded by President Kenyatta to be cast as an ‘Anti-Hustler’ war.

This, the document went on to explain, was due to the fact that many small-scale importers had found themselves struggling due to the stringent new rules imposed on importation of sub-standard goods such as phones and sugar which had a ready market locally.

It additionally identified the hustler ideology as the cornerstone of the entire campaign.

“A Hustler is someone who is aspiring and fighting hard to make something out of themselves using all means necessary.

“The best example of a hustler is His Excellency Dr. William Ruto who came from a humble background and has crawled his way to the top.

“The hustler ideology must be contrasted with the ideology of Dynasties. Our campaign must continue to call out the Dynasties in this country,” the document reads in part. 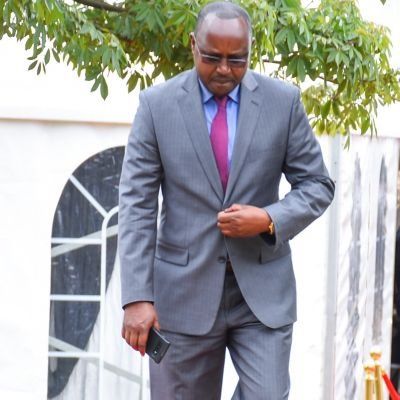 File image of Emmanuel Talam, Director of Communication in the Office of the Deputy President