Deputy President William Ruto has been forced to create his own solutions after being cut off from accessing state-funded choppers.

Ruto had to remind himself of the experience of boarding a commercial flight to Mombasa on August 28.

Jubilee Party Deputy Secretary General Caleb Kositany told reporters on September 5, that Ruto had resolved to use his own logistics after being frustrated by the government. 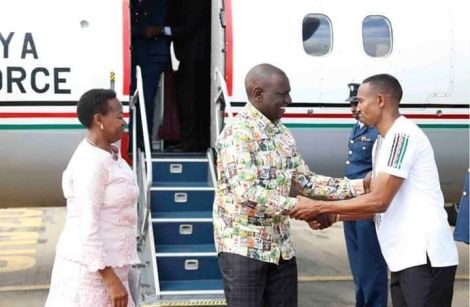 “They have shown him that he is unwanted and he has decided to engage Kenyans from his own pocket if need be,” Kositany explained.

The Deputy President was also forced to put himself up in a hotel after he was locked out the official residence.

Ruto’s Spokesperson Emmanuel Talam explained that the DP had also resolved not to air out his frustrations and instead support President Uhuru Kenyatta to complete his tenure.

“He is not the complaining type. He wants the president to build his legacy and is committed to helping him achieve that,” Talam stated.

Looking back at the DP’s travels shows that before the ban on public gatherings, Ruto would traverse different parts of the country almost every weekend.

In some cases, he would attend as many as four functions on the same day with the help of state-funded choppers.

In the latest report released by the Controller of Budget, the president and his deputy spent Ksh527 million in the six months leading to December 2019 as compared to Ksh324.8 million spent in a similar period in 2018.

In that period, the president traveled to more than half a dozen countries including Jamaica and Japan (in August), the US in September, Japan, Saudi Arabia and Russia in October.

Domestically, DP Ruto, for a better part of 2019, crisscrossed the country in what he termed as official duty pertaining to his office in inspecting development projects.

A section of Jubilee politicians accused the DP of using the trips as a campaigning platform for his bid to ascend to the presidency in 2022.

Cabinet Secretaries have since been given the role of inspecting government projects. 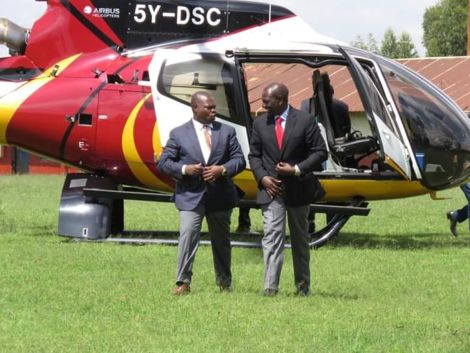 Kipchoge: How I Spend My Hard-Earned Millions

Oscar Sudi: How Ruto’s Last-Minute Attempt to Save Murkomen Backfired