Skip to content
News Entertainment Exclusives Politics
July 21, 2020 tmz editor
Deputy President William Ruto (Right) inspects a harvest of cassava and yams he received from Kamunyu Wambugu and Isabella Wanjiru on July 21, 2020
Deputy President William Ruto on Tuesday, July 21 welcomed a couple from Othaya, Nyeri County who delivered their harvest of cassava and yams to his Karen residence in Nairobi.

Ruto engaged Kamunyu Wambugu and Isabella Wanjiru from Karuthi village and thanked them, as they shared a conversation on benches he bought from Kelvin Odari and Stephen Odhiambo, the carpenters who recently went viral.

It was the latest in a string of meetings and events Ruto has been hosting involving citizens, particularly small business owners and youth groups. 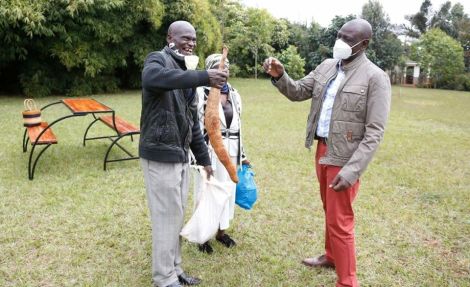 “Asante sana (Thank you so much) for your generosity in sharing your cassava and yam harvest with my family. It is such a humbling gesture.

“I look forward to a tasty meal of mìanga (cassava). May God bless you abundantly so that you can feed many more,” he wrote after the meeting.

According to pundits, the meetings are a pointer to the DP’s strategy as he eyes the presidency in 2022 even as his allies remain on the receiving end of a purge in the Jubilee Party.

Only days ago, Ruto went viral when he was recorded sharing a meal of githeri with workers at his farm in Sugoi, Uasin Gishu County as he interacted with them.

On Monday, July 20, he presented a talented 8-year old girl’s mother with a new car for her taxi business after learning of the girl’s desire to present a poem to him.

Some have dismissed the events as publicity stunts, with the DP and his allies touting his humble roots and ability to interact with citizens while justifying support for the so-called ‘Hustler’ ideology.

The ‘hustler’ theme has also been present in a youth empowerment program launched by Ruto in which he presents youth groups with tools and equipment to further their activities.

Influential celebrity figures including singer Bahati and comedian Kartelo have been roped in as part of the program, voicing their support for the initiative.

According to Ruto, the program targets to uplift 5,000 youth across the country by creating opportunities for them to engage in gainful ventures.

It has been co-ordinated by his allies in the Senate and National Assembly, with legislators including Lang’ata MP Nixon Korir and Nominated Senator Millicent Omanga connecting youth groups to the Deputy President. 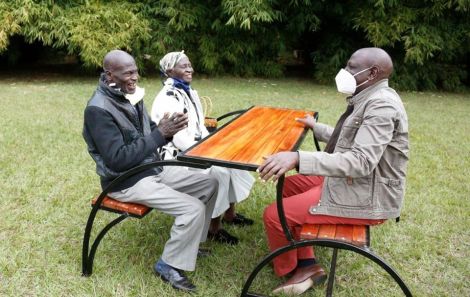 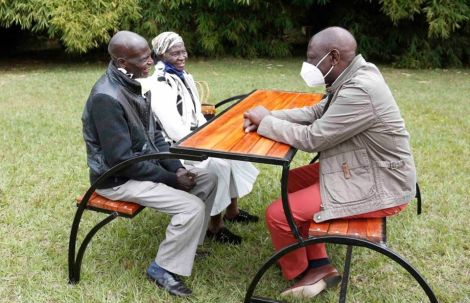 ‘My husband isn’t complaining,’ Vera Sidika responds after she was criticised for posing semi-naked