The MP had gone viral with a fiery speech on Sunday, September 6 criticizing President Uhuru Kenyatta and the larger Kenyatta family.

The DPP disclosed that he had received an inquiry file from the National Police Service (NPS) and upon independent inquiry, found that Ng’eno’s speech was meant to incite ethnic conflict in a volatile region.

In his speech, Ng’eno told Uhuru to exercise his powers Constitutionally and to resign if he was unable to work with Deputy President William Ruto. He further warned him that the country was not his personal property, telling him to prepare to return to Gatundu constituency after his term. 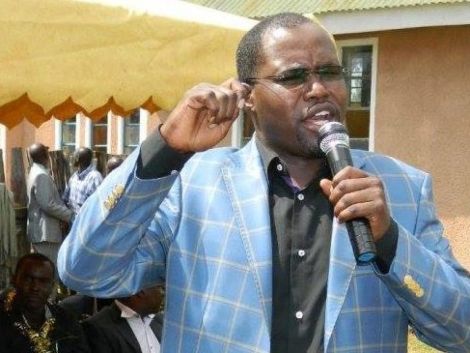 In a statement, the DPP highlighted that Ng’eno would be charged with Hate Speech contrary to  Section 13 of the National Cohesion and Integration Act, 2008 and offensive conduct conducive to breaches of peace contrary to Section 94 of the Penal Code.

“I am satisfied there is sufficient evidence to initiate the prosecution of the MP under the National Cohesion and Integration Act, 2008 and the Penal Code, Cap 63, Laws of Kenya.

“Additionally, it is in the public interest to prefer criminal charges against the suspect as his actions may open old wounds and incite the different communities in the area against each other owing to the fact that Mau Forest has been an area of contention,” the statement read in part.

According to the DPP, Ng’eno’s remarks were calculated to cause ethnic animosity among communities in the Trans Mara area.

The statement came against the backdrop of incessant ethnic clashes between Maasai and Kipsigis communities living in Narok County.

Ng’eno’s words were described by the DPP as threatening, abusive and insulting.

The firebrand MP had told off Uhuru over alleged disregard for the Constitution, reiterating that the country belonged to all Kenyans.

“Uhuru should work with the Deputy President and if you do not want to do so, go home, Kenya does not belong to Uhuru Kenyatta.

“Kenya belongs to the people, this is not a country you can rule the way you want, and if you want to jail us, so be it,” he stated.

Ng’eno further warned Uhuru against involving himself in succession politics, advising him to retire after the end of his term.

Kapseret MP Oscar Sudi had led calls for Ng’eno’s release after it emerged that the lawmaker was arrested on Monday, September 7.

Watch the speech below: