Skip to content
Politics Latest Life Style News TOP STORIES
May 18, 2020 admin
Director of Public Prosecutions (DPP) Noordin Haji addresses a press conference at his office in Upperhill, Nairobi on Thursday, March 5, 2020.
The Office of the Director of Public Prosecutions (ODPP) has been dealt a heavy blow after the Anti-corruption court ordered that suspects be furnished with documentary evidence prior to pressing the charges.

In his ruling on Monday, May 18, Milimani Chief Magistrate Douglas Ogoti stated that the trial would only commence after the DPP disclosed the evidence and compiled an inventory of documents exchanged with the other party.

Speaking to TMZ.co.ke, DPP Noordin Haji, revealed that he would appeal the ruling noting that it was allowing suspects, especially graft suspects, a chance to destroy or alter evidence before it was presented in court.

“It is not in the law. We are required that once we have charged the person, we can provide them with the evidence. We are planning to file an appeal this week. 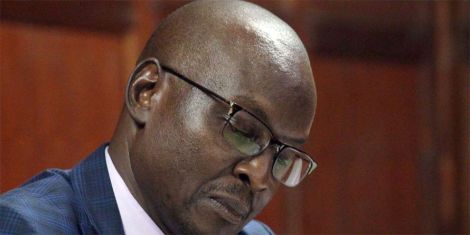 “We agree on everything except that one they say we have to give them evidence before charges. That one is not anywhere in the world, even our laws,” stated the DPP.

“They want us to disclose all the evidence that we have and that is done when we have charged the person in court. The problem is, I can give them all the evidence and they can go and destroy it. But once they are charged and it is before the court, they can’t do anything,” he added.

Ogoti explained in his ruling that for plea taking to be registered, the prosecutor must have supplied all the evidence to the accused for the trial to proceed.

This, he explained, was aimed at curbing delays in government cases with the evidence including transcripts of interviews, video, audio recordings and photographs among others.

After the evidence has been supplied to the suspect, the prosecutor is then expected to compile an inventory containing details such as date, signatures, full names, and description of both parties.

“The relevant agencies to ensure that at the time of filing of the charge(s) in the anti-corruption court, they simultaneously file a copy of a duly executed inventory. It is upon the satisfaction of the (stated) requirements that the plea will be accepted for registration and only then will a matter be fixed for plea taking,” he stated.

He made the ruling after the prosecution failed to make full disclosure of evidence during the trial of Nairobi Governor Mike Sonko in a  case in which he is accused of embezzling public money. 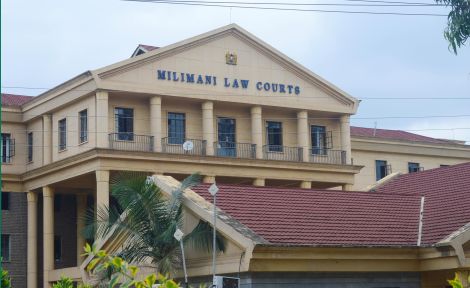 It is Illegal to Fire a House Help Without Notice.