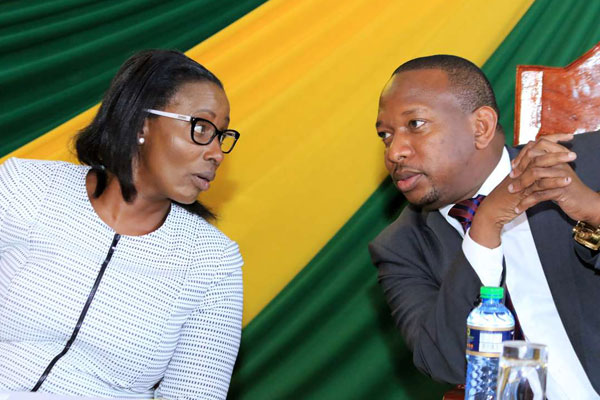 Nairobi Speaker Beatrice Elachi (left) has a word with Governor Mike Sonko (right) during the swearing-in of CECMs at Charter Hall on November 10, 2017.

China Must Write Off Kenya’s Ksh 650B Debt – Jaguar