The idea that a road can be built with an elevated 11.2km stretch starting at Nex Gen Mall and terminate in Westlands area seemed like a pipe dream to many despite being commissioned by President Uhuru Kenyatta.

What was even more doubtful was the time frame in which the project would be completed; July 2022.

However, Kenya National Highways Authority (KeNHA) reported in November that the construction was on course after a visit by Kenha Board of Directors Chairman Engineer Wangai Ndirangu accompanied by Director General Engineer Peter Mundinia and senior management staff. 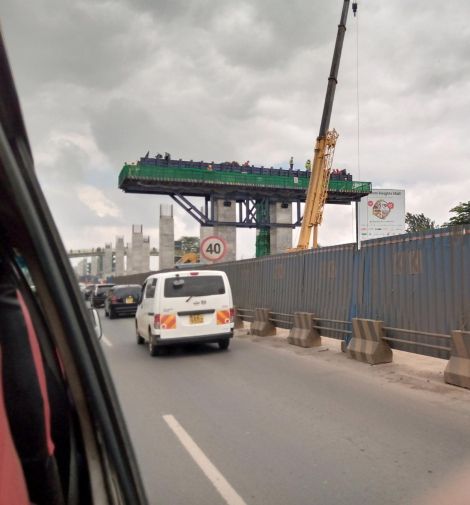 A section of the Nairobi Expressway under construction
KENYANS.CO.KE

Photos shared by KeNHA showed that the pillars which will be supporting the elevated stretch have already been put up from Next Gen Mall to Bellevue and Nyayo Stadium.

Construction of the elevated section of Nairobi Expressway along NextGen Mall, Nairobi
FILE

The contractor has also started laying horizontal reinforcements which provide additional support for the elevated stretch.

During the visit to various sections of the Nairobi Expressway,  the Chairman was taken through the workshop where new technology is being used to ensure high quality and timely completion of works.

Eng. Wangai interacted with young engineers and technicians working on the project.

The project has a local labour force of about 1,878 construction staff members who are working on site.

The laboratories and concrete batching plants have also been completed and the quarries have started production. 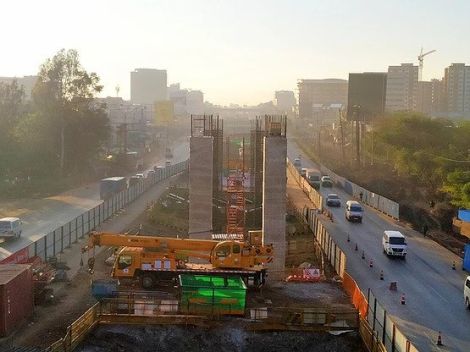 Construction of the elevated section of Nairobi Expressway along NextGen Mall, Nairobi