Speaking to the press, Obado stated that the country had witnessed high recovery rates since the first Covid-19 case was reported on March 13, 2020.

The governor declared that he would not be wearing a mask, saying that he agreed with the neighboring Country Tanzania that had declared it was Covid-19 free. 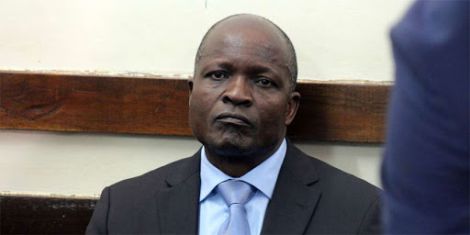 “I also think I might have been contracted the disease at one point because there was a time I was coughing persistently but I feel just fine now,” Obado stated.

He claimed that research conducted by the Covid-19 response team in his county concluded that the curve had been flattened and activities needed to be normalised.

At the same time, the Ministry of Health has pointed out that Kenyans risk rolling back the gains made in reducing transmission of the virus.

Speaking during the Covid-19 briefing on Wednesday, September 9, Health CAS Dr Rashid Aman indicated that laxity among Kenyans in following guidelines set by the government, had been witnessed.

“Our surveillance teams have observed that containment measures are not been adhered to including wearing of face masks. There is continued overloading in matatus both in rural and urban areas.

“Overcrowding in public spaces, especially market places with many people not observing physical spaces. Also political gatherings have been on the rise,” he observed.