Emtee’s Wife Nicole Kendall Ndevu Shares Her Side Of The Story. When it comes to such issues, there are always different sides to the story.  At the end of the day though, the truth is the only thing that can set both parties free. A few days ago, Emtee took to social media, to open up about the physical abuse he has apparently been suffering from his wife.

The award winning rapper spoke about how scared he is and said, he sought refuge at a friend’s place. Emtee also said that his wife, Kendall Ndevu, who he has two sons called her family on him and they physically abused him.

“Can I be single please. I’m a man of peace…..I haven’t freshened up in 2 days cos I can’t stand being in the same room as this person. She’s hit me, bruised me and choked me over the years so I’m scared FR,” Emtee wrote.

Kendal, took to Instagram to share her side of the story in all this. She describes what Emtee posted as false accusations. Kendall, says, her husband is trying to destroy her life by using the pubic platform, which normally favors the famous.

“Firstly, the claim made by Mthembeni that I physically abuse him is completely false and is a fabrication designed to attack my character. I will no longer protect someone who is trying to destroy my life by making false accusations about me, Mthembeni is fully aware of the public platform he holds, and the extensively reach he has. This is a blatant attempt to tarnish my name and my family’s name.” Kendall wrote.


Kendall said in due time, the reason behind Emtee;s fallout will be revealed. She says, she has supported her husband through thick and thin, even when he attracted bad publicity. Kendall also recalled the 2018 incident, where Emtee’s parents made accusations about her. The reason why she never defended herself, is because of her kids and family. 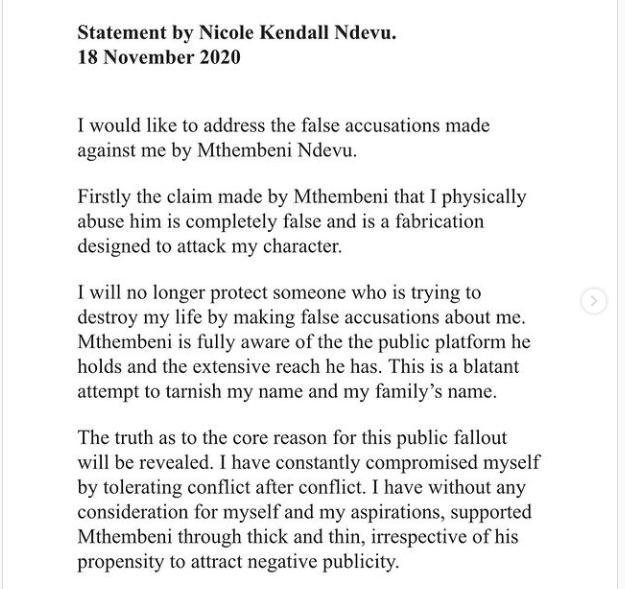 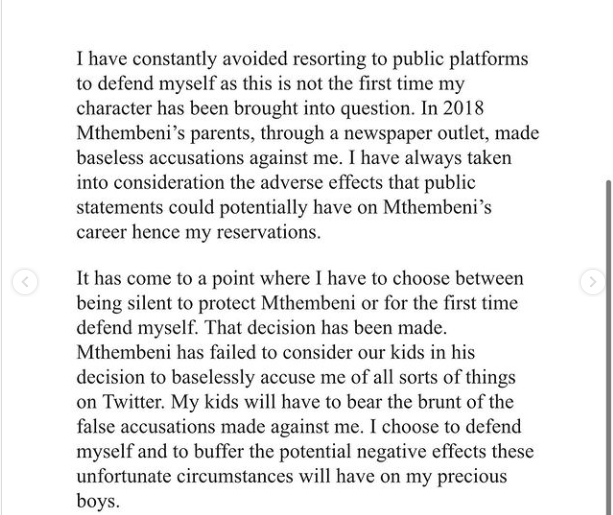 Kendall thanked her loved ones for the unwavering support they have been giving her. More so since this relationship has exposed her to highs and lows. She has decided to not expose the truth in a vengeful manner, because of her children, and the fact that Emtee is their father. 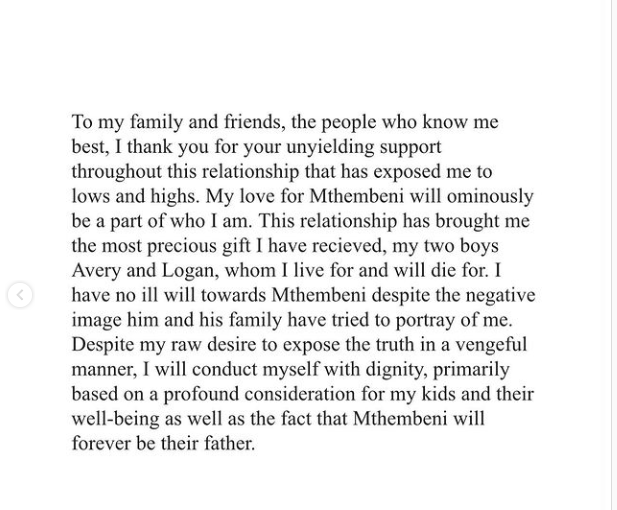 Check Out The Full List of 2020 Feather Awards Winners #Feathers12