In a post on his social media platforms on May 14, Khalwale shared an image of several politicians’ faces photoshopped onto some poverty-stricken children to represent the hustlers gearing for power in 2022.

Khalwale then captioned the photo “Hustlers vs Dynasties. Here we come…” inciting the former CJ’s wrath. 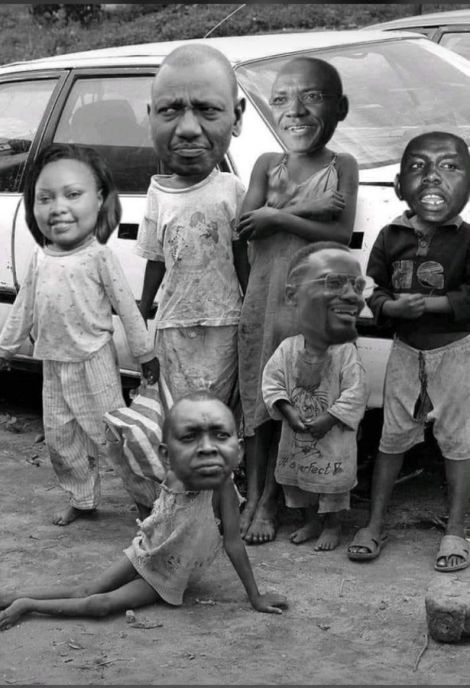 The photo-shopped image shared by Boni Khalwale on May 14, 2020, to bolster the ‘hustler’ narrative.

“Very false dichotomy. We are not boarding on this narrative of dynasties versus hustlers when both steal in the name of the people. You belong to the same thieving class!” CJ Mutunga claimed.

The ‘hustler vs dynasty narrative has been about DP Ruto being the perceived a hustler while President Kenyatta, Baringo Senator Gideon Moi, and ODM leader Raila Odinga being the dynasty owing to the fact that their parents were in power

The hustler vs dynasty tag has continually been used by a section of politicians to whip up emotions from members of the public and to push the Deputy President’s agenda as the change that kenyans have been looking for, given that he doesn’t come from a wealthy family.

The phrase was also used by the ousted Senate Majority Leader Kipchumba Murkomen in his castigation of President Kenyatta’s decision to have him dewhipped, where he referred to himself as the ‘son of a peasant’.

Some people sided with Mutunga over his sentiments and agreed that indeed the narrative was being pushed to hoodwink Kenyans from the truth of the political situation.

“Well said, but, unfortunately for Boni (Khalwale) was paid to divorce himself from common decency and public good. He has now been programmed to be Ruto’s leading sycophant.

“No amount of wise counsel can pull him out of the pit he keeps digging deeper into. He sealed his fate,” John Ogolla wrote. 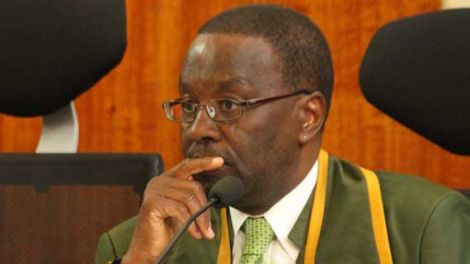 “Bonnie can fool some people for some time but he won’t fool all the people all the time, you are on point ex-chief justice,” Karl Strongman opined.

Others, however, criticized ex-CJ Mutunga’s advice and accused him of being the exact reason why Kenya has to deal with the political quagmire.

This, they stated, was due to his failure to nullify the election of President Kenyatta and DP Ruto in 2013 when the then Cord Coalition took to the Supreme Court to express reservations about the poll results.

“The reason why many can’t believe your words is simple, you preach water during the day and take wine at night. Case study; 2013 presidential election petition. Your activism is a hoax,” Festus Ontita blamed.

“It’s funny how you talk as if you are one of us but you had a chance to stop all of it but decided to do your term and come attack on Twitter. You had the rifle!” another added.

Mega TBT! When Vivian was broke and ashy and a mali mali seller (Photo)

‘… I had just gotten some bad news from the doctor,’ Size 8 remembers near death experience