Skip to content
News Exclusives Politics TOP STORIES
May 27, 2020 tmz editor
Former Imenti Central MP Gideon Mwiti arrives at Kenyatta National Hospital on March 24, 2015, to give DNA samples after being accused of rape
A former Member of Parliament is set to lose his multi-million estate as the High Court ruled that it be placed under receivership after the legislator accrued a Ksh6.1 million debt.

A report by the Standard on Tuesday, May 27, detailed that former Imenti Central MP Gideon Mwiti is also staring at the possibility of being declared bankrupt after a local bank was tasked with administering the estate.

The ex-MP will be required to forward a list of his estate – the economic valuation of all his investments, assets, liabilities and interests – to the bank and a receiver-manager will be delegated to manage it. The manager may run the institution or sell it to repay the debtors. 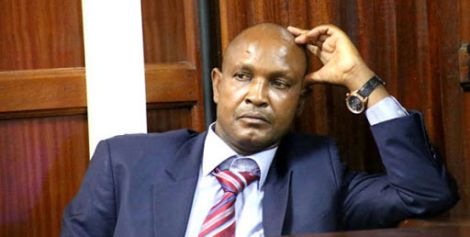 If declared bankrupt, the constitution stipulates that Mwiti will not be allowed to run nor hold any public office. He will also cease from being a director of any firm. He may fall into the predicaments of former Cabinet Minister Paul Ngei who was declared bankrupt.

Mwiti, who served as Imenti Central MP between 2013 and 2017 on an Alliance Party of Kenya (APK) ticket run the Akiba Micro-Finance that collapsed when the Central Bank of Kenya (CBK) directed its closure after it was suspected to be operating a pyramid scheme.

The firm collapsed with the savings of 6,000 members in 2005. In the same year, he was sued by a local bank over a loan he took to finance the business.

The former legislator was directed to pay the debts in 2008 and was served with a petition in 2015. He, however, skipped court sessions.

“In the same vein, the petition having been heard unopposed, the evidence produced remains unrebutted,” High Court Judge Grace Nzioka ruled on Friday, May 22.

The former legislator’s life has seemingly been tumultuous as he was also accused of raping a journalist in his Westlands office on March 22, 2015.

He was charged in court on April 2, 2015, and was accused of subjecting the journalist to an HIV test and then later assaulting her.

In February 2018, he was charged afresh with rape after the charge sheet was amended to add more counts. Mwiti appeared before Magistrate Francis Andayi and denied three counts of rape, intimidation and assault. 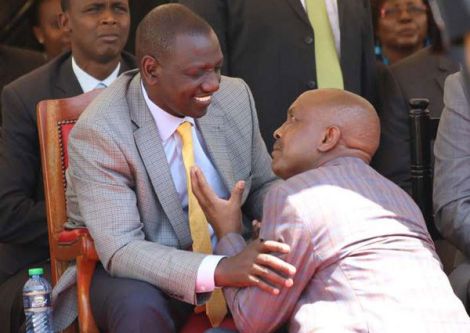 Murkomen accuses President Uhuru Kenyatta of ‘lying’ to the Senate

Understanding Sepsis, what lead to the death of Ruth Matete’s husband