The reality show known as ‘Dine With the Murayas’  will air weekly, with the station yet to confirm a time-slot when it will air.

A poster indicating that the show was ‘coming soon’ started being widely circulated on Sunday, May 17, sparking excitement among fans of the couple.

TMZ.co.ke reached out to DJ Mo on Monday, May 18, with the Crossover 101 host confirming that the show was indeed about to hit the screens. 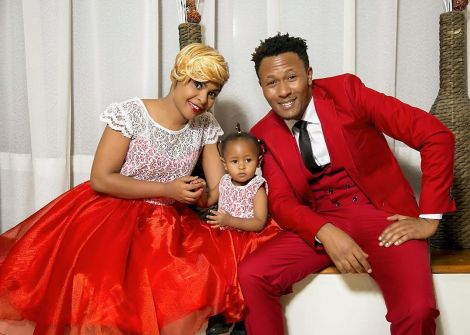 File image of DJ Mo and Size 8 with their child

The popular gospel deejay, however, noted that certain aspects of the show had not been finalized as he wondered how the poster, which he hadn’t yet posted on his social media platforms, had started trending.

He revealed that the reality show would feature multiple segments with different themes and activities, with couples and families among the core target audience.

With DJ Mo and Size 8 Reborn as the stars, it is also expected to offer fans a behind-the-scenes look into their day-to-day lives.

“It will have various segments within the show, but the concept is mostly centered on couples. I am not sure what happened with the poster, I think it came out yesterday but as you can see it still doesn’t have a date.

“There are some things we were still discussing and then that’s when we can make it official. It’s not even on our social media pages yet. We are still ironing out some things and when we are done we will let you know,” DJ Mo disclosed.

The show is almost like a spin-off of the couple’s Valentine’s Day event, Dine With the Murayas, which caused quite the buzz in February.

The event was a glamorous affair held at a city hotel on February 14, with couples who attended engaging in various activities including story-telling about relationships, games and a five-star dinner.

At the time, the event caused a stir due to the Ksh7,000 regular and Ksh10,000 VIP fee charged for interested couples that reportedly sold out

The reality show, however, will be fun and family-friendly, with elements that portray the Murayas taking on various challenges and obstacles.

Find Out Why Size 8 No Longer Wears Her Wedding Ring

The reality show format has proved popular on Kenyan television in recent years, with shows such as NTV‘s Bahati Reality and Nairobi Diaries thatused to air on K24, gaining cult followings.

Bahati Reality, for example, airs on Monday nights and follows the life of popular gospel artist Bahati and his wife, Diana Marua.

While it has its fair share of critics, the reality show has played a big role in elevating Bahati to new levels of stardom with Bahati now a household name

It remains to be seen when the new show will officially be launched by NTV, and what time-slot it will be assigned. 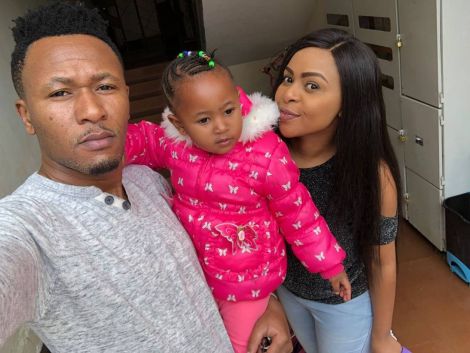 File image of DJ Mo and Size 8 with their child

Exclusive: ‘I could not manage it anymore,’ Size 8 opens up on why she closed her salon