This was after a publicized fight between Amira and his co-wife Amber Ray which started on social media but has spilled over to a physical stage. 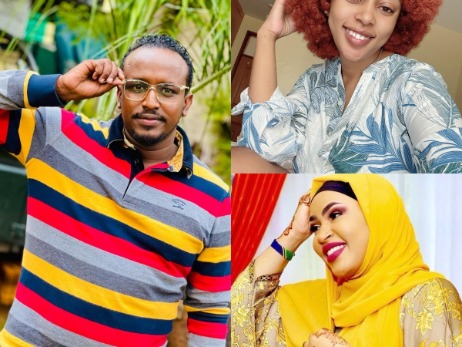 The father of two spoke exclusively to Mpasho.co.ke  saying he decided to deactivate his Instagram page which had over 600k followers since he wants to keep his life private.

”I want to be private for a while. I will be off social media and that is why I have decided to deactivate all my social media accounts.”

Asked if it is because of the pressure that comes from fans who follow the dram that has been going on since he got married to Amber Ray, Jamal said;

”Actually it is what people might think but my reason is to basically concentrate on my business.”

This comes a week after Amira, revealed in an interview with blogger Edgar Obare that his hubby is not as rich as he claims to be.

This was after a publicized fight between Amira and his co-wife Amber Ray which started on social media but has spilled over to a physical stage.

Just this past week, Amira and Amber Ray confronted each other in an estate in Syokimau, a Nairobi Suburb, where they hurled unprintable words at each other.

Amber Ray later claimed her co-wife started the spat by confronting him at his door step.

Jamal denied claims he is broke.

“I owe Sh150 million in loans to a bank and another Sh80 million and another bank I owe Sh90 million. If you owe three banks that amount then you have a good income to sustain those loans.

“A bank is not your mother’s house to check-in and they will just front you the cash. They have to look at your net worth, assets and then decide to give you a loan.”

He continued, “People are saying I have loans. Yes, I have loans even you personally kama unataka loan, enda kwa bank. And I pay them well.”

‘My baby, your heart is huge,’ Vanessa Mdee’s message to Rotimi