Skip to content
Entertainment Exclusives FEATURED Latest Life Style
May 16, 2020 tmz editor
Gift Osinya, Governor Mike Sonko’s adopted son with Balenciaga design in an Instagram post in November 2019
Nairobi Governor Mike Sonko’s philanthropic nature has won him lots of accolades locally and internationally as he continues to set himself apart from his peers.

All his voluntary acts can’t be ranked, but one of the most touching ones was when he adopted two little boys who lost their parents following a terror attack at a church in Likoni, Mombasa County in 2014.

Gift Osinya and his younger brother were adopted by the governor who emphasized that he would love them like his own children. 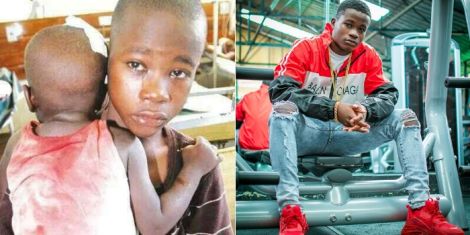 Sonko was not shy of sharing the wealth with the two, as, in 2016, he awarded Osinya, then 13-year-old, Ksh 399,000 for attaining 399 marks in the 2016 Kenya Certificate of Primary Education (KCPE). Osinya was enrolled at Lenana School.

Four years down the line, while celebrating his birthday on May 14, 2020, Osinya shared a number of his photos, which detailed how he had grown up and was living his life to the fullest.

Through his Instagram page Osinya displayed photos that showed that he had a love for fashion, a trend he seemingly picks from the flamboyant Sonko.

He also posted a photo of him enjoying a light moment alongside high-end rides, captioned “Big boy now!”

Other images show him dressed inexpensive pairs of rugged jeans and chains, and hanging out at the gym or at the beach in the Coast. He also wears Gucci spectacles, similar to ones the governor is usually spotted with in public.

Osinya also at times supports Sonko who has been going through a tough patch in life, posting one of his pics in December 2019 captioned, “Pray. Every situation in life is temporary.”

Speaking with TMZ.co.ke,  Nairobi County Director of Communication shared a status update of the two boys, while also lauding the governor for his heart-warming gestures.

“The boys are okay and are fairing on well. They are still in school and will always study as there is never an end to education.

“Every day they pray for the governor and wish him well,” Elkanah stated. 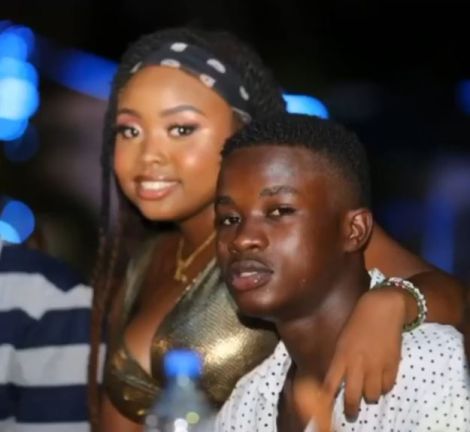 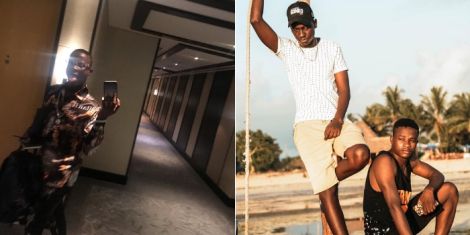 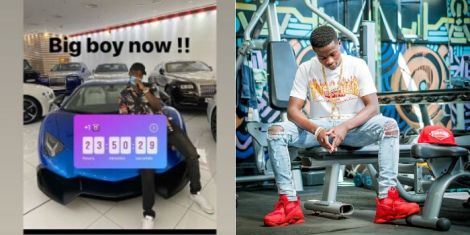 What a father? Victoria Rubadiri’s dad gushes about her award