President Uhuru Kenyatta on Thursday, May 7, reportedly sent out a letter to the Directorate of Criminal Investigations (DCI) as well as the office of the Director of Public Prosecutions (DPP).

Elgeyo Marakwet Senator Kipchumba Murkomen, on Thursday, May 7, shared a letter that he claimed was from the office of President Uhuru Kenyatta, demanding for the apprehension and prosecution of all government officials involved in the controversial eviction of residents of Kariobangi Sewage Slum Estate.

In the letter reportedly drafted by Head of Public Service, Joseph Kinyua, the Directorate of Criminal Investigations (DCI) and the office of the Director of Public Prosecutions (DPP) were tasked with going after officials from the Ministry of Water, Sanitization & Irrigation and the Nairobi Water & Sewage Company.

However, the Ministry of Interior discredited the authenticity of the letter and branded it as fake. 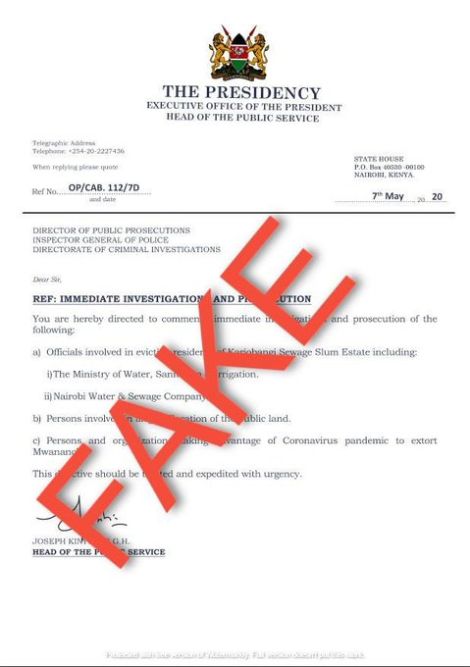 The fake letter that was circulated on social media on May 7, 2020.
TWITTER

“Please disregard this letter circulating on social media purporting to have come from the head of public service,” reads the statement sent out by Interior CS Fred Matiang’i’s office.

The senator was forced to eat humble pie and swiftly deleted his tweet.

Murkomen was forced to delete his tweet and acknowledged his error.

“In that case, I withdraw my earlier comments. But the military take over of Nairobi County and brutalization of innocent citizens is wrong.

“In the same way you have responded to the fake letter please respond to the brutalities,” he remarked after he pulled down his tweet.

On May 5, the Murkomen took to the floor of the Senate to air his worry regarding the seconding of military officers to the newly installed Nairobi Metropolitan Services (NMS). 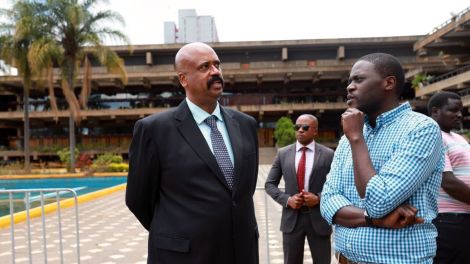 Following the transfer of 4 functions from Nairobi Governor Mike Sonko’s office to the national government resulted in the appointment of Major General Mohammed Badi as the head of NMS.

On May 4, news emerged regarding seven more members of the Kenya Defence Forces (KDF) who had been seconded to serve under Major General Badi.

“As we speak, we know that Nairobi has been militarized, it is no longer a civilian government, something that I would never have imagined under the new constitution.

“The militarization of the civilian or county government is the worst form of violation and overturn of the constitution,” the Elgeyo Marakwet Senator stated.

His remarks came a day after 7,000 Kariobangi residents were left homeless following a demolition exercise that was supervised by the ministries of Land and Water, in what they stated was the reclamation of a land parcel that was reserved for sewerage facilities.

Amnesty International has since sent out an open letter to President Uhuru, urging him to take full responsibility for the injustices dished out on the thousands of Kariobangi residents. 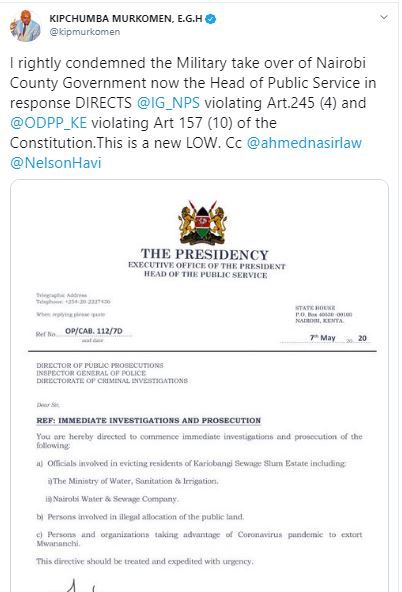