Skip to content
FEATURED Life Style News TOP STORIES
May 28, 2020 tmz editor
The Fairmount Norfolk Hotel in Nairobi. On Wednesday, May 27, 2020, the hotel management announced it was closing down indefinitely.
Fairmont has announced the indefinite closure of two of its luxurious hotels in the country, The Norfolk Hotel in Nairobi and the luxurious Mara Safari Club citing the adverse effects of the Covid-19 pandemic on the hospitality industry as the key reason.

In a notice seen by Tmz.co.ke, Fairmont’s Country General Manager Mehdi Morad, detailed the reasoning behind the decision to close down the hotels including The Norfolk, that has been operating for the last 116 years, having opened its doors to the public back in 1904.

“Due to the uncertainty of when and how the impact of the global pandemic will result in the business picking up in the near future, we are left with no option but to close down the business indefinitely.

“We are compelled to close down the properties and halt all operations as per the directive from the Ministry of Health and the Government of Kenya,” reads the statement in part. 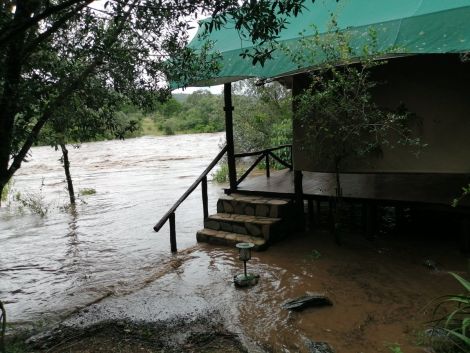 One of the luxury tents at Fairmont Mara Safari Club that was hit by floods on April 2020.

The Country Manager is further detailed that since they could no longer cover the operational costs associated with the luxurious hotels, they had no option but to terminate the contracts of all their employees.

“It is regrettable that our Hotels, Fairmont The Norfolk and Fairmont Safari Club have since ceased their operations as a spiral effect of the Covid-19 pandemic and the recent flooding of the Fairmont Mara Safari Club. These unprecedented natural causes have resulted in disruption of business now and in the foreseeable future,” the statement further reads.

The statement further highlighted that the letters of termination would be sent out on June 5, 2020.

Kenya’s first Covid-19 case on March 12, came on the very month a new set of investors had bought the Kenyan franchise.

The tourism and hospitality industry has been hit hard with global and local markets having all shut down and governments around the world in dire strain trying to strike a balance between keeping their economies going, avoiding unemployment and deprivation of the poor while trying to respond to the public health crisis.

Fairmont The Norfolk is one of several hotels that have resorted to shutting down and suspending operations due to a reduction in the number of guests at the facilities.

Serena Hotels shut down a total of 10 lodges and camps in Kenya and Tanzania until June 15, 2020.

“As we navigate this unprecedented crisis and build on the company’s resilience and adaptability, whilst keeping destination Kenya and Tanzania in the minds of the business and leisure sources markets, it is with a ‘heavy heart’ that we advise that the Serena Lodges and Camps will temporarily cease operations until 15 June 2020,” reads an excerpt from a letter from the Serena Hotels. 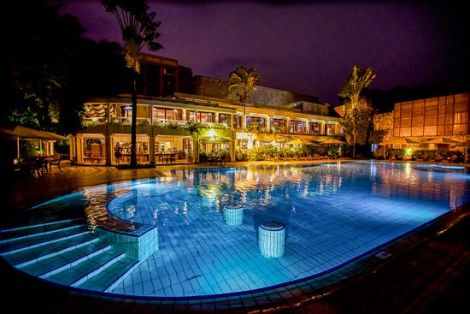 Nairobi Serena Hotel swimming pool area. The hotel closed down some of its operations in Kenya following the COVID-19 pandemic.

‘My parents did not hide alchohol,’ Kamene Goro says